Is the EV market under threat already? Are these companies transitioning from ICE to EVs in danger, or is it just a case of adopting another energy source and cracking on?

Regular readers will be aware of my interest in the lithium and EV market trends. These trends are far from certain, so one needs to keep an eye on technology and other energy developments that could impact on these trends. 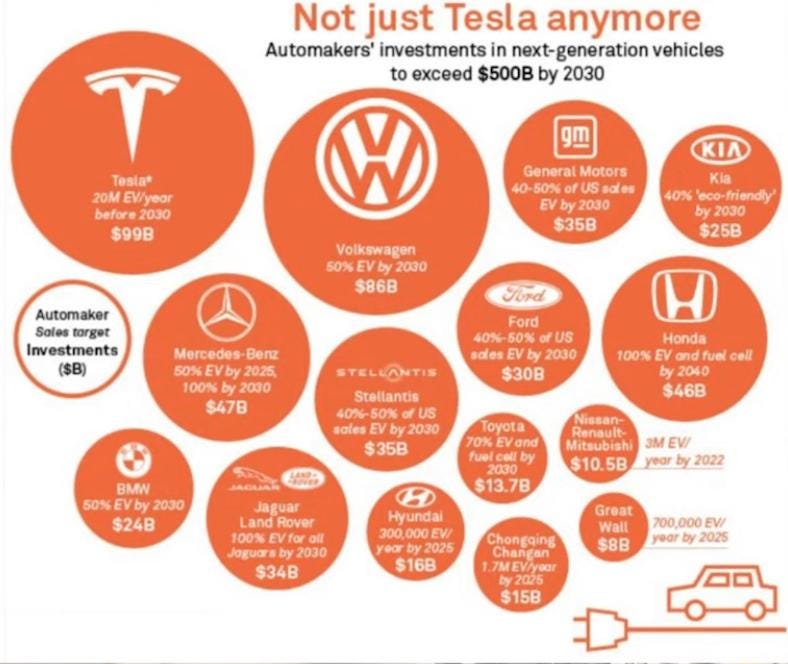 In 2022 I have been quite bullish on several lithium mining Companies, as well as the alternative Companies that offer exposure to lithium energy, such are battery recycling. I have written several editorials on the subjects, including investing in mining Companies that offer future potential, because this is what we are looking into. Not least because it can take many years to develop a lithium mine from concept to actual production, and there are many steps, often taking up to five years, more in some cases, less in others, but you get the idea.

However, could Formula 1 pose a problem?

According to the managing director of motorsports, Ross Brawn, Formula 1 is on schedule to use 100% sustainable fuel in its race cars by 2026.

If like me, you watch F1, you will most likely be aware the current vehicles use E10 fuel, which includes 90% fossil fuel and 10% ethanol. The reduction in fossil fuel is part of the drive to reduce dependency on it in an effort to reduce the sport’s carbon footprint. I rolled my eyes because of the sport’s massive carbon footprint from other areas, such as air travel, motorhomes, etc., which just seemed to be a PR stunt. However, behind these scenes, F1 has been far more productive than I realised. To be fair, the transition to a greener future in F1 can be traced back to 2014, when F1 rule changes allowed for the development and introduction of the hybrid engine, which is part of FIA’s commitment to becoming carbon neutral from 2021 and net zero by 2030.

Brawn said in a statement Tuesday, “We’re working on an E-fuel where the carbon circle is completely neutral, so the carbon utilised to produce that fuel is the same quantity as the carbon emitted from the internal combustion engine. It means that the engines do not add anything to the carbon dioxide in the atmosphere.”

Brawn added, “making the fuel available to a broader consumer base would help reduce global emissions. Beyond passenger vehicles and race cars, internal combustion engines are critical to air and sea travel along with vehicles transporting heavy goods.”

Suppose F1’s chief technical officer Pat Symonds is correct with F1’s estimates that just 8% of the 1.8 billion cars projected to be on the road in 2030 will be fully electric. In that case, it suggests the EV transition will be much slower than the bold statements and objectives of some of the world’s largest motor manufacturers, such as Ford, who aim to be 100% EV by 2035.

Pat Symonds: “We’ve been working with Aramco and have now tested 39 surrogate blends of fuels,” Symonds said. “This has helped us understand the effects of the different types of blends that you can use in sustainable fuel.

“The techniques we will hone and make more efficient and mainstream to produce our fuels are the same techniques that can produce the fuel for trucks, trains, and aircraft, even if those fuels are slightly different.”

Ultimately, it will be driven by government legislation and market forces. The year 2022 has been a period of high energy prices, which has led to double-digit inflation in some countries. The question remains if we can continue on this path of wealth destruction of the working classes as our governing bodies pander to the vocal few, bought and paid for by the elites that attend Davos, or do the working classes force a u-turn in policy that allows for a more reasonable transition from a finite but cheap energy product, fossil fuel, and develop EVs for the future, and one where adopters are not suffering from “range anxiety.”

I suspect the pace of EV adoption may reduce as new alternative fuels become accessible if they are economical for the consumer. However, at this stage, it is too early to know what F1s will cost at the pump.

Porsche and Audi are set to join F1 in 2026, so they may likely hold off from transitioning from ICE to EVs. Indeed, this is likely to be the case for high-end sports vehicles driven by emotions, thrill, and passion rather than climate change.