Jamie Ward takes a detailed walk through two expansion strategies and outlines the types of company and sectors where investors are likely to find these strategies as well as highlighting how to spot companies using them well.

Two common ways for profitable growth for many companies can be summarised as roll-out and roll-up. Roll-out is fairly simple and can be very profitable for a while. The key is to determine when the story is over.

Roll-out means a simple expansion strategy of a proven business model. It can occur in a number of sectors but is most common in consumer facing businesses, especially with a high street presence. There is a fairly well trodden path that runs roughly as follows: 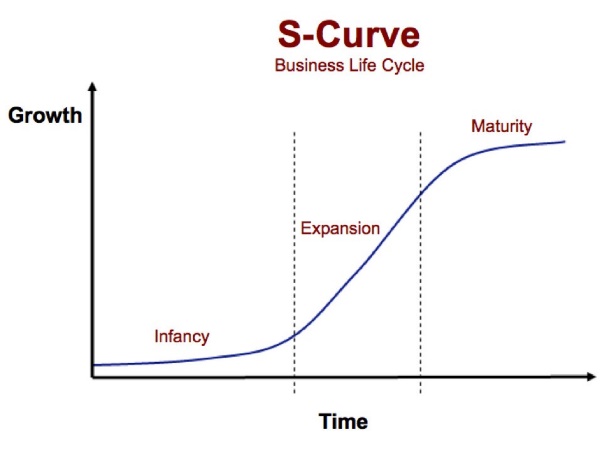 The second bullet point ‘List’ until maturity represents the roll-out phase of the strategy and is the opportunity that investors should be looking for. Below are a few examples of businesses and sectors that have followed this path at various points in the lifecycle:

Roll-up means a company that serially acquires businesses related to a common theme. On the face of it, roll-up stories appear similar to roll-out in that there is a proven concept, frequently started by a talented entrepreneur. The difference is that the majority of growth comes through acquisition. Given the amount of wealth destroyed by poorly executed acquisitions over the years, it can be tempting to recoil at this, however, a disciplined process here can yield decent long-term results for investors. As is the case with all equity investing, I believe the key determinant of success is the quality of management. I summarised what I look for in my previous note on Beazley https://knowledge.sharescope.co.uk/2022/02/18/beazley-plc-property-casualty-insurance-and-diversification-lse-bez/ . The criteria revolve around three pillars, namely Competence, Alignment and Honesty. As stated in the Beazley note, Competence and Alignment are subordinate to Honesty. This is necessarily a qualitative assessment but one should be asking oneself questions about a management team such as:

Roll-up businesses tend to span a wider range of sectors to roll-out but many can be found in support services and other industrials where the necessary ingredients are in place. These are:

The final point about acquisitions being cheaper is crucial. Whilst nice fluffy strategies that management teams talk about are interesting, the key determinant about the success or otherwise of a roll-up strategy is price paid. Acquirers invariably have larger valuation multiples to the acquirees because of the aforementioned differences in private business and public stock risk. This is effectively an arbitrage that a public market acquirer imposes on private market acquirees.

Putting it another way, the valuation attached to a publicly listed company is effectively an inversion of its cost of capital, whilst the price paid for and acquiree is an inversion of the return on capital. For example, if an acquirer trades on an EV/EBITDA of 16x, its cost of equity 1/16 = 0.0625 or 6.25%, if it makes an acquisition for a business 8x EV/EBITDA, its return on capital is 1/8 = 0.125 or 12.5%. Without any managerial tinkering, the difference in the cost and return doubles the value of the acquisition for the acquirer since 12.5 is double 6.25. Putting it in a more Buffett/Graham-style, price is what you pay and value is what you get and if you pay a low amount in the first place, you’re enjoying an awful lot of margin-of-safety.

In the case of the roll-out strategy, the key is to know when to exit, which is when it is approaching maturity. In the case of roll-up strategies, it is a different set of considerations. Maturity can be a part of the deliberation, but this is difficult since you, as a private investor are unlikely to know what the opportunity set looks like. Instead, investors should concentrate on whether management are doing what they say they’ll do (honesty again).

Finally, we will briefly examine a roll-up business that operates in a distinctly unsexy area but has been a good place for shareholder capital over the years.

Breedon is a UK and Ireland based operator of quarries and cement factories. It was founded by Peter Tom in 2008. Mr Tom had been the CEO of Aggregate Industries, a consolidator of quarries in the 90s and early 2000s. Through disciplined acquisitions, he built the business up to a market capitalisation of almost £2bn before selling out to Holcim at a very full looking multiple in 2005. Mr Tom’s role at Breedon was that of Executive Chairman rather than CEO with former Aggregates Industries Europe CEO, Pat Ward, joining the group later as CEO. The management team was rounded off by Rob Wood as CFO who had previously been group financial controller at Drax.

In 2016, it made its largest acquisition in Hope Construction from Amit Bhatia. This was done via an equity swap making Mr Bhatia the largest shareholder in the expanded group. Peter Tom stepped down at the age of 80 to focus on his other business interest, Leicester Tigers, where he is the chairman. Pat Ward retired shortly afterwards to return to his family in the US. Rob Wood was then made CEO with Amit Bhatia as the chairman.

Breedon was founded solely as an acquisition vehicle to continue to consolidate the aggregates and other bulk-building materials sectors. The industry, despite its capital requirements, is attractive because 1. It is very difficult to open new quarries and cement factories given the environmental regulations and 2. Given the high weight to value ratio, it is impractical to source aggregates from long distances. This effectively creates local monopolies allowing quarry owners to extract reasonable returns. Unspectacular for sure, but reasonable enough to generate attractive shareholder returns. 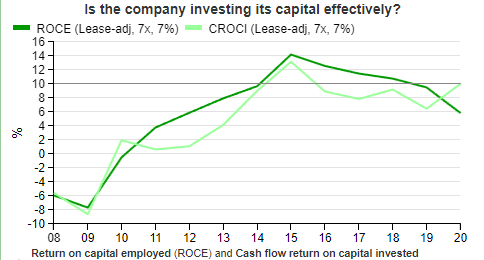 Mr Bhatia remains the largest holder with around 10% of the equity via his Abicad Holdings vehicle. Lansdowne Partners own 9.2% as part of their bull case for UK infrastructure spending of which Breedon is a big beneficiary. Several other institutions own between 3% and 8% including Soros’s investment vehicle.

Typically, Breedon has suffered the same problem as many good quality AIM-listed stocks; that of a high valuation on account of the passive bid from inheritance tax portfolios. Nevertheless, the PE currently sits at around 13x and given the capex over the next couple of years, the price to book value is around 1.3x. Compared to its history, this would be towards the low end of its valuation and seems reasonable investment in a potentially inflationary world given its well-financed asset-backed balance sheet of unrepeatable quarries and cement factories.

Breedon has seemed in flux since the retirements of Peter Tom and Pat Ward. Nevertheless, Rob Wood seems very capable and understands his opportunity set. The chairman owns 10%, worth £140m and one would hope therefore that management is well aligned with shareholder interests. It isn’t a get rich quick investment given the plodding nature of the industry but might be a get rich slowly story.