The Trader: 3 principles for trading on the stock market

Breakouts are an excellent way to swing trade and profit from bull markets. I love breakouts because they’re a high probability pattern of continuation and also because it means that the price is rising.

However, many people try strategies that that are inherently risky. Sadly, one private investor commented that they’d invested into a stock called Helium One and after averaging down had invested £65,000. They sold the lot at a share price low on an RNS that showed the drill had found no helium, and took a loss of £57,000.

This is horrifying, and one can only hope this person is able to bounce back. But averaging down on binary events is not a good strategy. It’s a strategy that you’d take if you were hoping to get lucky.

I’ve never understood the hurry that some are in to get rich quick. Most people underestimate what they actually need to do to build wealth.

Warren Buffett averages around 19% a year. But compound even half of this number every year for many years, by the sheer nature of compounding you’ll eventually be fabulously wealthy.

This amount will not see you quit the day job anytime soon. But ten years is also not a long time.

Some critics of this will say 10% is a tough hurdle.

It’s a fair point, as markets generally only tend to average 7-9%.

However, many private investors and traders can and do beat the market on a consistent basis.

Of course, none of the above calculations include additions. If you were to only add £1,000 per year this would make a material difference to your ending total.

It’s clear that the best way to build wealth is to stick around and let the magic lever of compounding do the hard work for you.

All you have to do is not lose money.

Here are some ways new traders can avoid making mistakes.

Lots of people like to take high risks on drills, phase III trials, and other binary events.

We can see the stock dropped by around 75%.

But if you look at the intraday chart – the stock traded in a range of 100%.

Here’s a more recent one from Helium One.

I’ve marked two arrows on the chart so we can see the results of the first drill and the second drill.

In both instances, the shares traded in a volatile range on the day.

If you were in the stock when this was announced to the market, then you probably had a bad day.

But instead, if you traded the reaction, it’s possible you might have had a good one.

Here’s the intraday chart for Helium One on the second drill. 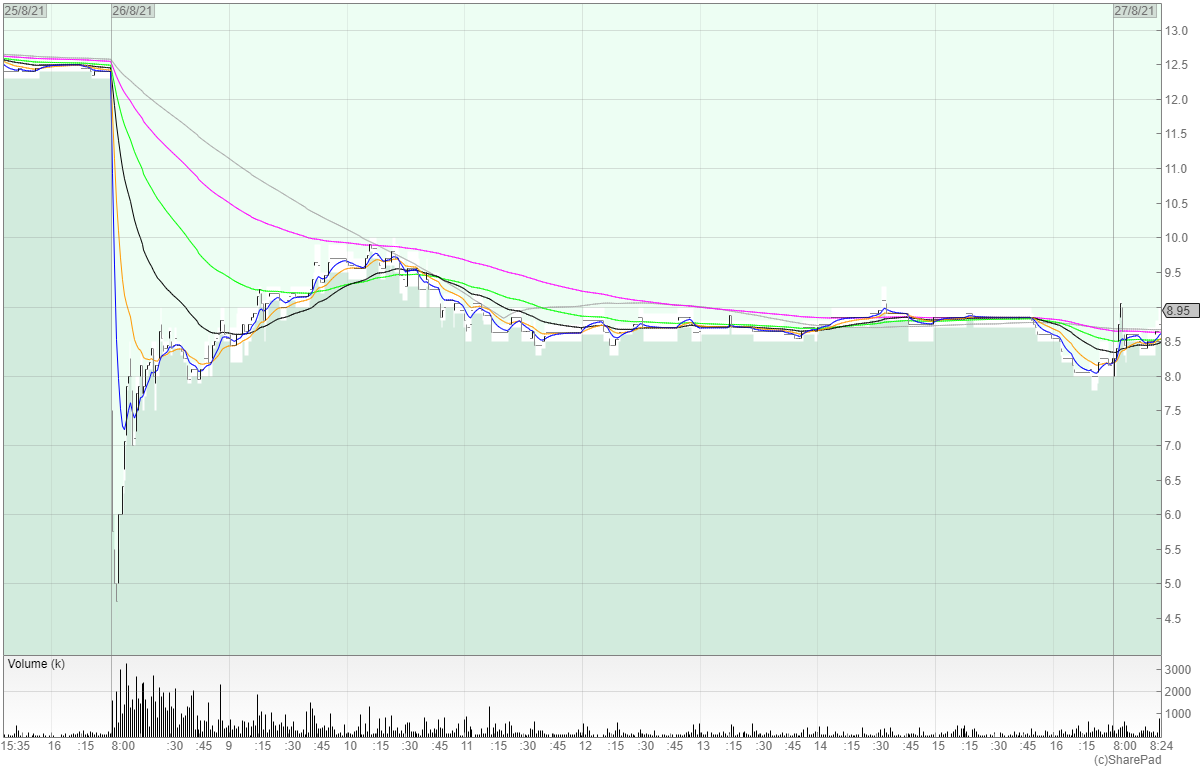 We can see that the price opened up, plummeted down, tagged up, then rose up to hit just under 10p.

Opportunities like this in trading come about when expectations don’t match reality.

It was expected that Helium One would find helium, and so when it didn’t the price cratered.

If markets were efficient, then this risk would’ve already been priced in. Especially after the first drill!

When it comes to high risk plays like this, it’s always better to trade the reaction.

Maybe you’ve heard about one time when someone bet big on an oil drill and won. But ask yourself: how many times does that actually happen?

Trading is about playing the odds in your favour.

This is a simple saying that will keep you on the right side of the trade.

Here’s the chart of Asiamet Resources. It’s a firm favourite of many private investors.

We can see the stock went from 1p to 14p, and then it did a Grand Old Duke of York back to 1p.

It’s easy to say in hindsight, but look at lots of charts and you’ll see that moving averages often set the trend.

For some reason, trading is the only occupation where people think they can ‘have a go’ and see instant success.

If your toilet was fully blocked, would you:

Plumbing is a profession that takes time to learn and train. So are most professions.

You can’t expect to jump into stock trading and instantly be a success.

It takes time to find an edge in the market.

Once you’ve found an edge, you need to work on it and keep working on it.

What works now might not work tomorrow. Markets change, strategies evolve, and nothing is constant.

There is always something to learn and somewhere you can improve.

I would recommend that all new traders start a trading journal. Most traders don’t do this and very few traders make money. I believe there is a correlation.

Logging your trades has several advantages:

It doesn’t need to take too much time. A simple A5 daily planner will do or an Excel sheet – whichever works best.

Ultimately, over the long-run, you will get what you deserve for your efforts in the market. Just don’t lose money.

I hold no positions in any of the stocks mentioned.

2 comments on The Trader: 3 principles for trading on the stock market