If you’ve read my recent articles you will know I have been ranking shares using basic financial statistics. I found Bioventix by ranking five criteria. The objective was to find profitable companies mostly financed by equity rather than debt, with high quality assets and low valuations. The more profitable, the more conservatively financed, and the cheaper they were, the better.

In most respects Bioventix was a great company, but it had the highest price earnings ratio. This is a trade-off investors must often make. Quality comes at a price. But maybe there are shares that are above average in every respect. Using the same subset of companies (generally in sectors I am comfortable analysing that meet certain minimum financial standards), I discovered nine: 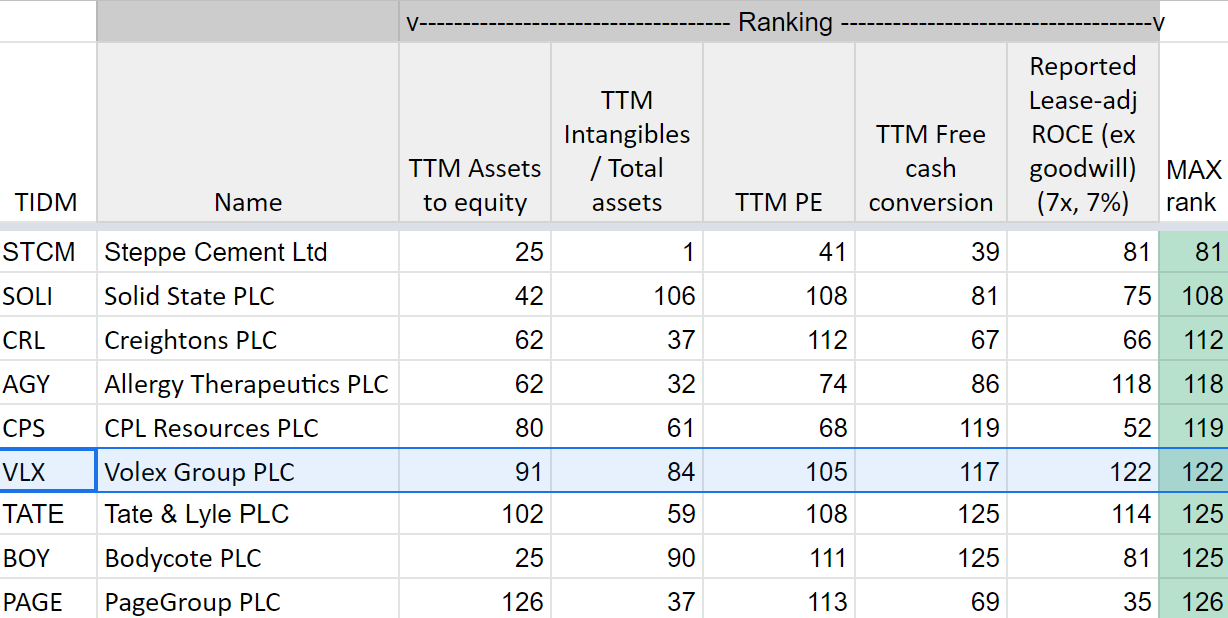 Each column of SharePad data was ranked in a Google spreadsheet and the MAX function used to find the lowest rank across all the criteria for each share. If the lowest rank was better than 127 out of 255, the share was above average in every respect. To see the financial data for each individual criterion, see my spreadsheet (to download an Excel version, use File > Download in Google Sheets). NB: I ranked these shares before Volex’s latest results so the numbers will be slightly different if you look them up in SharePad.

Unlike Bioventix, Volex’s statistics were not particularly outstanding, but across the board the share was reassuringly above average. It was just over half funded by equity (assets were 1.9 times equity), less than 20% of those assets were intangible, its PE ratio was only 11.5, it earned almost as much in cash terms as it did in profit (97.5%), and those returns were adequate (ROCE was 13.3%. My adjustments suggest it is more profitable than that, but I get ahead of myself…) 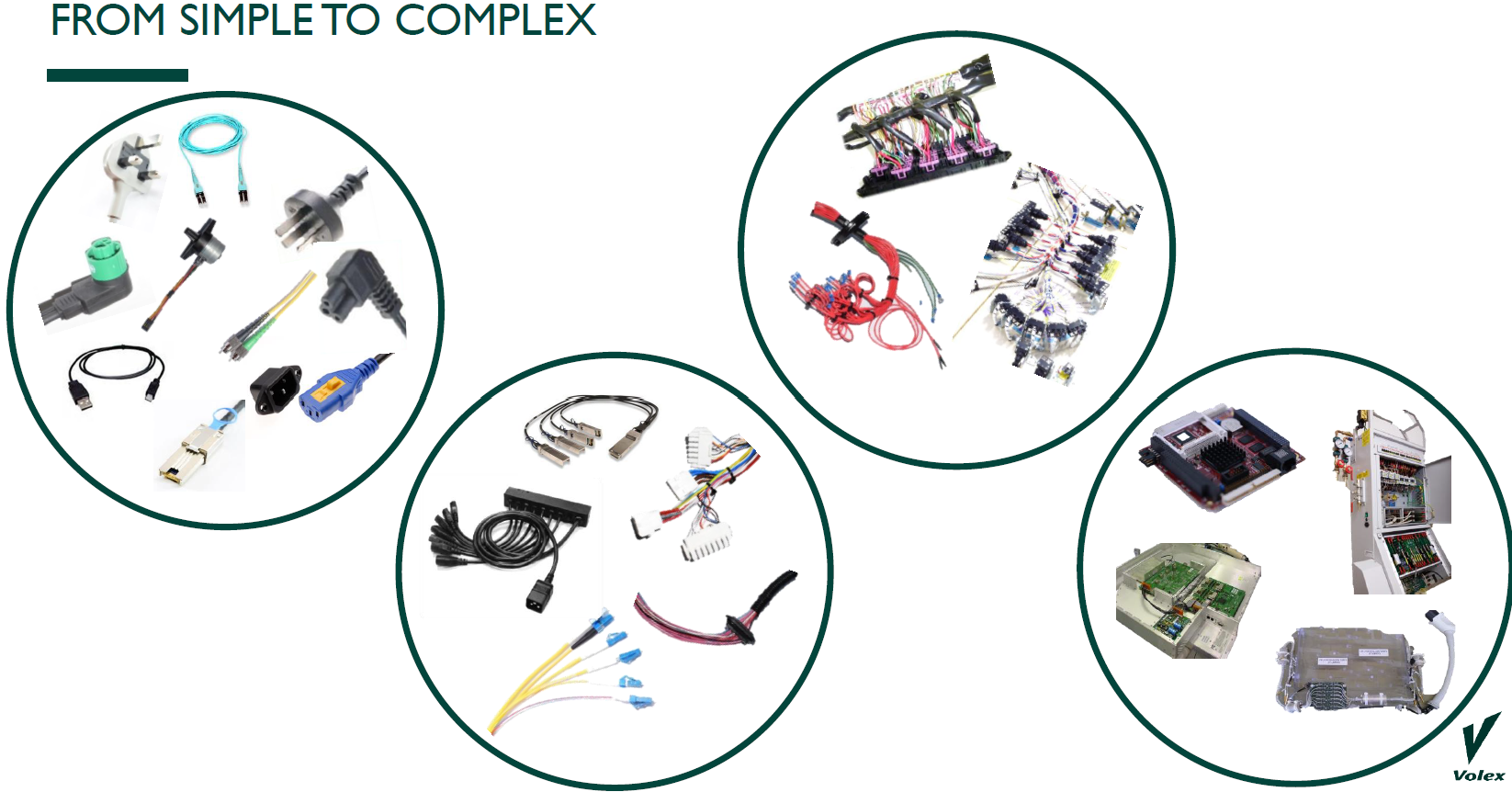 Volex’s price chart leaves a pretty big impression. It’s down 67% since SharePad time began, having suffered what looks like a near-death experience in the Great Financial Crisis and something almost as nasty in 2016: 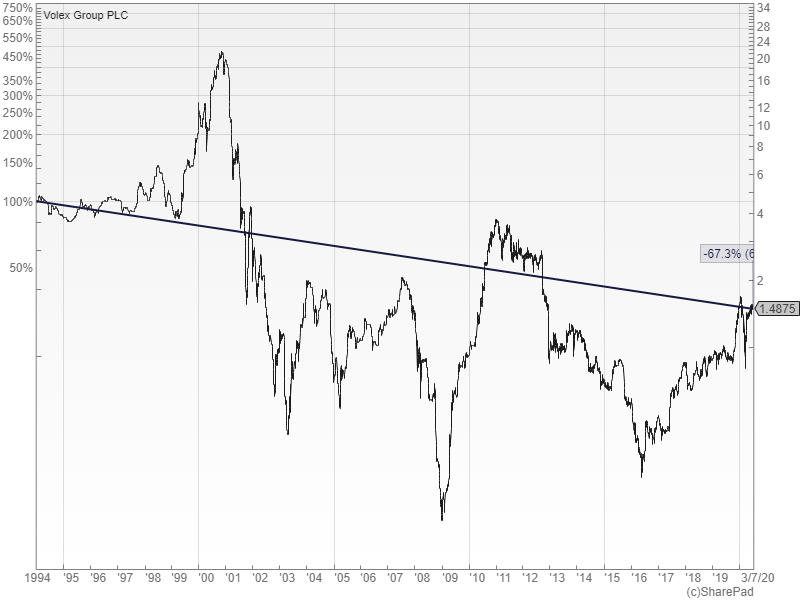 In September 2019, Volex celebrated the hundredth anniversary of its incorporation as “Ward & Goldstone Ltd” and the annual report for its hundredth year, the year to March 2020, is a trove of historical tid-bits. 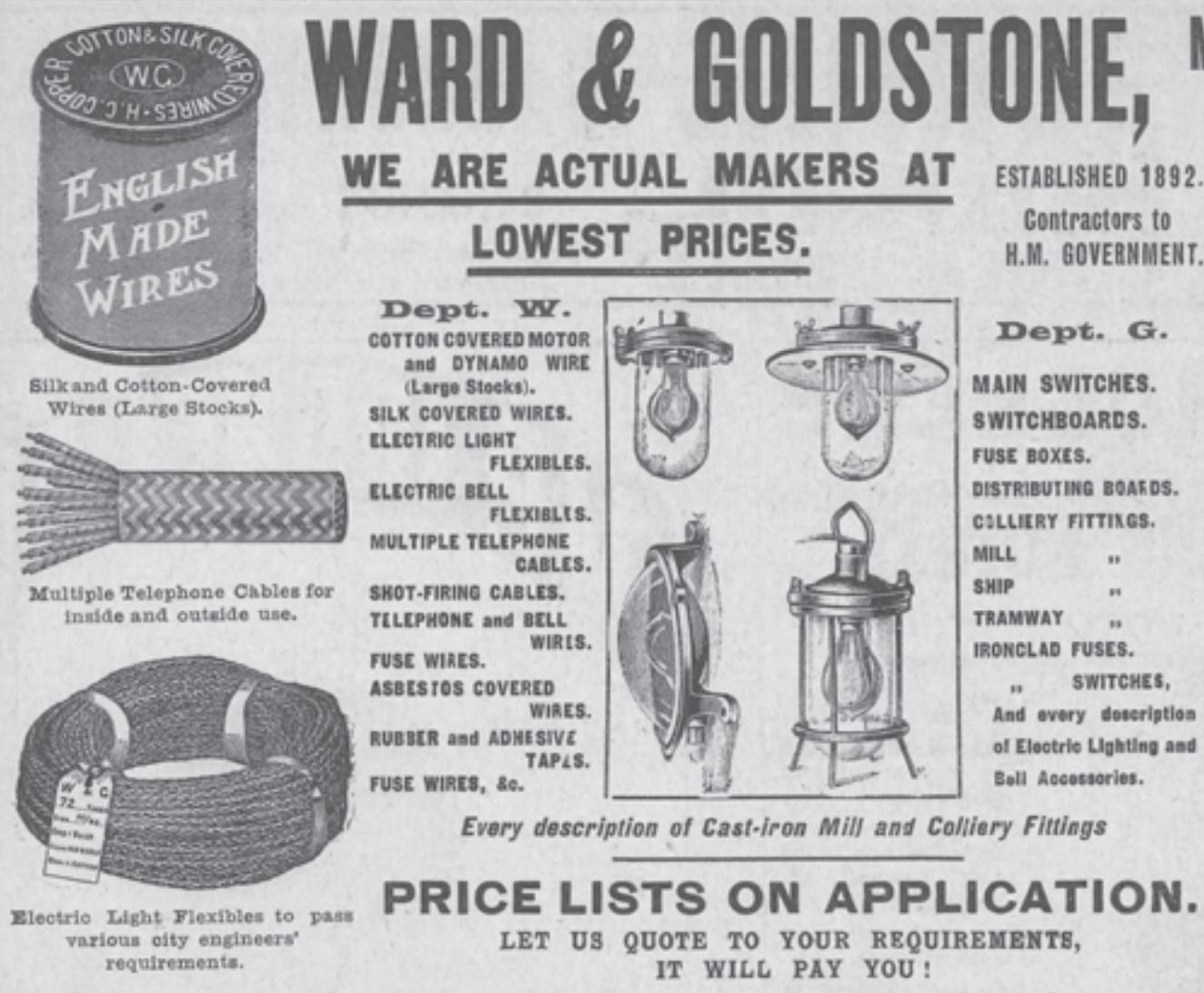 Source: Volex annual report 2020. Volex was one of many brands owned by Ward & Goldstone in the days electricity was being woven into everyday life and a Volex car battery cost 18 shillings.

Most of this century though, Volex has been in decline. It was overdependent on telecommunications customers during the technology bubble of the late twentieth century, and crashed along with the rest of the sector afterwards. More recently mains power has given way to USB power supplies in many devices, and the power cable business has shrunk.

The latest chapter in the saga begins in November 2015 when Nathaniel Rothschild, who, since 2008, had built a stake that ultimately reached 26%, became chairman and chief executive. He wasn’t the first to try to turn Volex around:

The changing straplines on the covers of Volex’s annual reports give us an inkling of what he did next. The 2015 annual report contained no strapline. Then, between 2016 and 2019, Volex identified itself as “The Global Cable Assembly Specialists”, and the report in 2020 sports a new strapline: “The Global Integrated Manufacturing Specialists”.

“Global Cable Assembly Specialists”, had to go. Three acquisitions in the financial year ending in March 2019 bolstered Volex’s cable assembly capability but a year ago, the company acquired Ta Hsing, one of its suppliers of power cables, and it became a manufacturer as well as an assembler. A month later it acquired Servatron, which manufactures printed circuit boards and sub assemblies, so it is no longer just a cable assembly specialist but a contract manufacturer of electronics too.

By manufacturing the power cord itself, Volex believes it will be more efficient. By offering customers that buy cable assemblies more complex components, it believes it can earn more money from them. By identifying itself as an “integrator” it is signalling it is moving away from the supply of simple low-value products.

Profit is turnover less cost and by reducing costs in parts of the business and raising the capabilities of other parts, Volex is hoping to increase profit margins, a measure of profitability. Is it working?

Note 34 (Business Combinations) to Volex’s accounts in 2020 and 2019 shows how much turnover and profit the company would have earned from each of its acquisitions had it owned them for the whole of the year in which they were acquired:

Volex ignores the restructuring costs, the legal costs, and the amortisation of acquired intangible assets associated with acquisitions in working out adjusted operating profit. For the purposes of comparison with profit in previous years and to imagine how the company might perform in future, it is helpful to ignore these costs because they have a big impact and they are one-offs. You can (generally speaking) only acquire the same company once.

In 2015, Volex only earned a 2% profit margin. Improved profit margin has helped boost return on capital employed, one of the factors that led us to the company in the first place (for more on the link between profit margin and ROCE, please see our explanation of the DuPont identity).

There are other factors at work too. Volex has been phasing out lower margin products and closing or shrinking factories associated with them (hence despite the acquisitions, turnover is lower than in 2015). The result is doubly helpful for return on capital. It may boost profit, the numerator of the return on capital calculation, and it reduces capital employed, the denominator. A bigger numerator divided by a lower denominator gives a bigger return on capital.

So far, so good then. It looks as though management may finally have found an answer to grinding competition and a shrinking market, but at a cost. That cost is the cost of the acquisitions diversifying the business and increasing its efficiency. We can say something about that too though, by seeing what kind of returns Volex is generating on total invested capital, To do that we must include all the acquired intangible assets I ignored in calculating ROCE, at their original cost (before any amortisation). I have good news on that front too, Volex’s ROTIC is a respectable 15% (see this article for how to calculate ROTIC).

Volex is changing rapidly, which is always risky, and we don’t know that the profitability of the acquisitions is sustainable, or indeed, whether the margin improvements in the business as a whole are.

There may be a conflict between the scale Volex seeks to drive efficiency and supply multinational customers (it claims to be the most global of its direct competitors) and the bespoke work it does making products to the various specifications of its customers. As it grows, and product lines proliferate, it will have to manage more complexity, which might increase costs.

But by moving “up the value chain”, supplying more complex products that require more work that fewer competitors can do, it is also becoming a more vital component of customers’ supply chains. Maybe growth in turnover from this activity will continue to outrun costs.