A cheap profitable share with a strong balance sheet 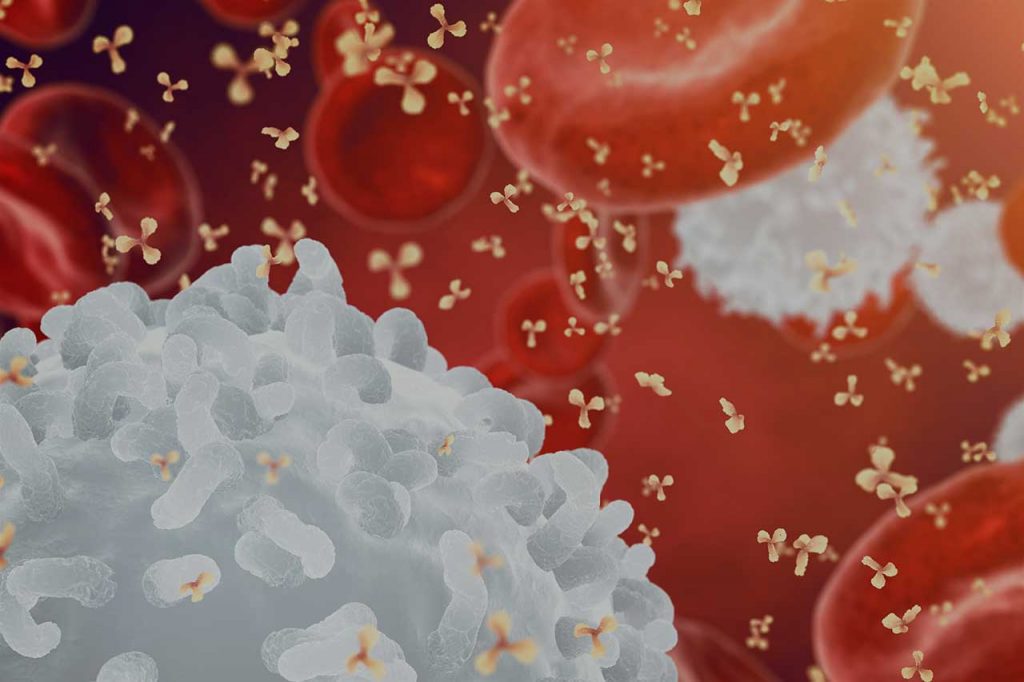 Today I have added two more criteria to turn the list of cheap shares with strong balance sheets I made in my last article into a list of cheap profitable shares with strong balance sheets! The profitability criteria are free cash conversion and return on capital employed. This table shows the individual and aggregated rankings of the top ten shares:

Cheap profitable shares with strong balance sheets. The values for each criterion (exported from SharePad) are hidden and the table shows the rankings derived from them. You can see the values and rankings in this online Google spreadsheet (and download a version in Excel format using the ‘File’ menu). To create a ranked list see Ranking potential bargains.

Businesses change. A company that had a strong balance sheet and earned high returns in its last reported year may not always have done so, and even if it has, it may not continue to. To invest for the long-term, we must examine a company’s history, and what its strategy might achieve in the future. Lots of the companies in the top ten look cyclical, the kind that shine for a while before economic conditions get the better of them.

I chose Bioventix to investigate because it is ranked first equal out of 257 pre-filtered shares in terms of assets to equity, and first equal in terms of intangible assets to total assets. This is as strong as balance sheets get. The company’s assets are almost entirely funded by equity (as opposed to debt) and they are physical assets as opposed to much harder to value intangible assets. Bioventix also ranks very highly (3rd) in terms of return on capital, and cash conversion is above average. Therefore it’s also a top pick for profitability. The reason it is seventh and not first overall is the price earnings ratio, which is high (it is ranked 232 out of 257).

Bioventix’s routinely high valuation (its PE ratio is 33) has always prevented me from researching it in earnest despite the fact prominent private investors hold it in high regard. One of them is my colleague Maynard Paton, who I very briefly consulted in drafting this article. Any howlers remain my own work. There may well be some, because Bioventix is a bit exotic.

There really isn’t much to say about the numbers. Bioventix’s accounts are pristine. It hasn’t made any acquisitions, it doesn’t capitalise development costs, or routinely write-off expenses as exceptional. We can pretty much take them at face value. This is what it has earned: 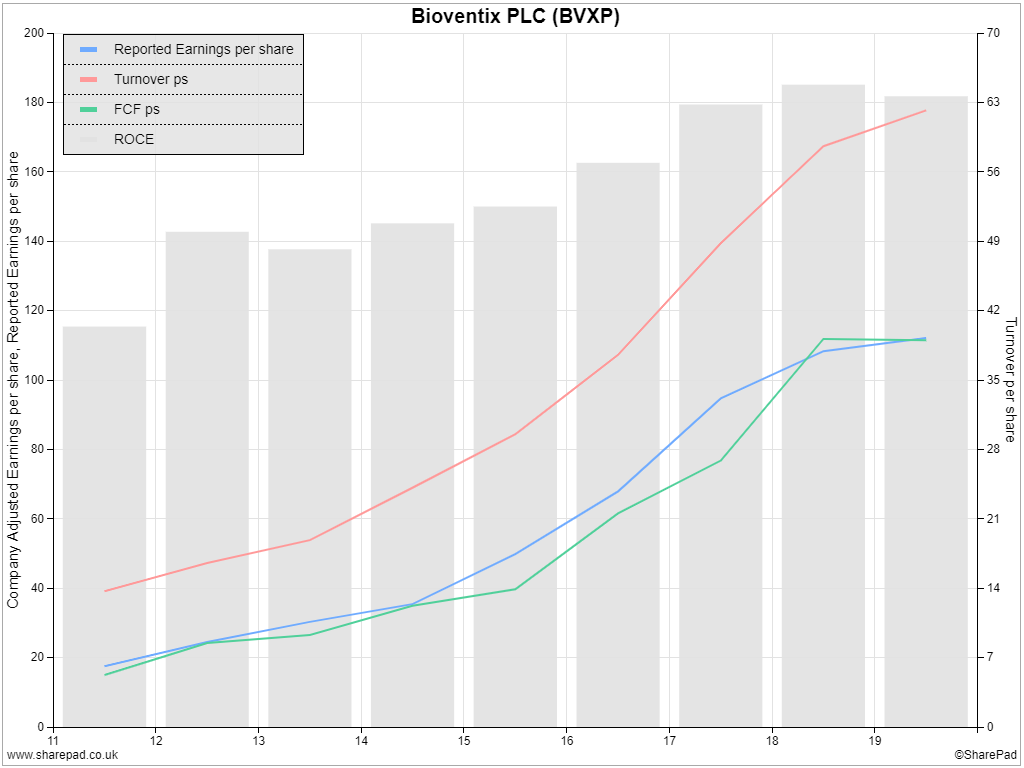 Bioventix’s performance in 2019, the performance that gave it such a high ranking, is no flash in the pan. It’s grown revenue, profit and free cashflow at quite a clip:

The chart slopes flatten in 2019 but in 2018, Bioventix received a “back-royalty”, payments it should have received previously. These inflated the figures, making 2019 less impressive in comparison. Excluding that windfall, revenue increased 16% and pre-tax profit increased 14% in 2019. Bioventix has been growing faster than the antibody market, itself growing 5% to 10% a year.

Not only has it grown returns, it has got better at earning them. Bioventix’s return on capital has steadily increased and as a result, it’s sloughing off surplus cash. It has paid special dividends in each of the last four years: 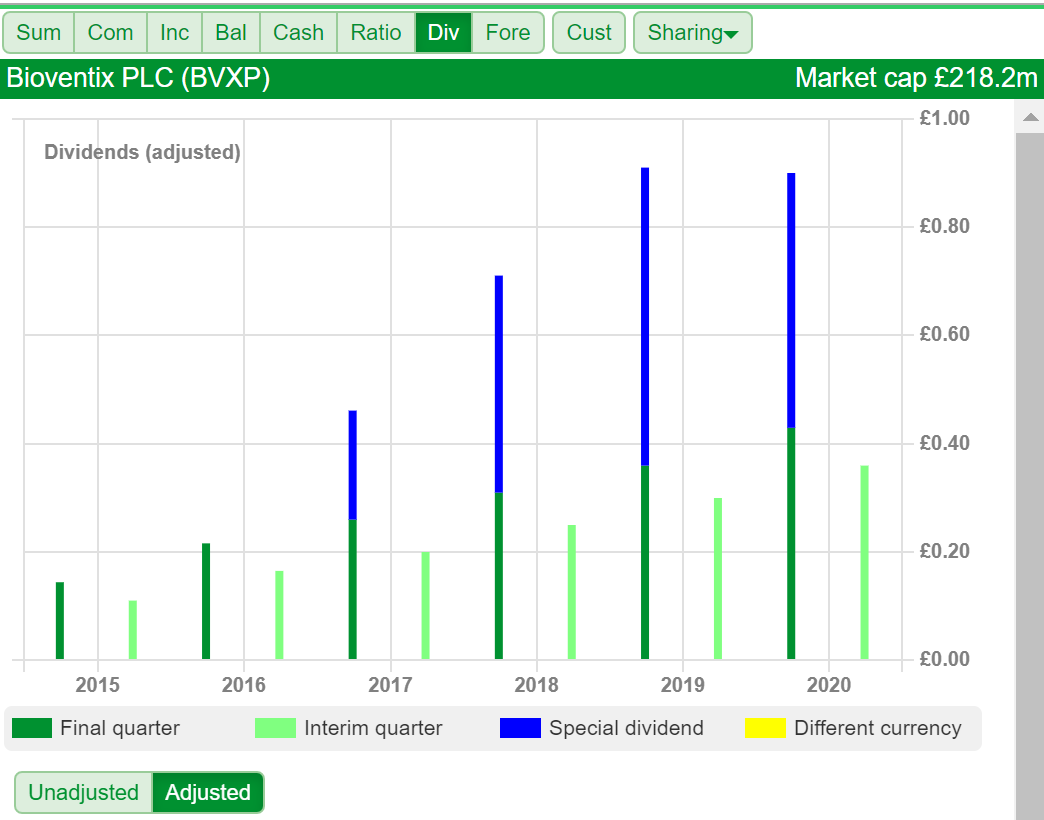 This financial track-record is easy to understand, and reassuring. The rest of the investment case is not so much difficult, as unusual.

Hurdle #1: Understanding what Bioventix does

Aspects of Bioventix are tiny. It employs just 12 people (full time equivalent) and has only one executive director. The remuneration of all staff is about £1m, less than many companies pay their boards of directors. The company sells just 10 grams of product a year, which surely makes it, gram for gram, the most profitable manufacturer in the country. In fact it is probably one of the most profitable full stop. In the year to June 2019, Bioventix made £7m pre-tax profit from £9.3m revenue, by manufacturing monoclonal antibodies.

The antibodies are clones so they perform exactly the same way. Reflecting my general level of scientific knowledge, I resorted to BBC Bitesize, the revision site for GCSE students, to learn how they are manufactured (monoclonal antibodies are in the higher tier GCSE syllabus!)

Typically, mice are vaccinated with whatever molecule we want to develop an antibody test for. The mouse creates antibodies which are harvested from its spleen and then combined with tumour cells so they replicate. The process is well established, but Bioventix uses sheep, because sheep antibodies perform better. The antibodies bind to the same molecule in human blood, and Bioventix’s antibodies are used in hospital blood testing machines allowing scientists and technicians to identify pretty much anything from markers for disease, to vitamins, and pollution.

The company’s biggest selling antibody is used in tests for vitamin D deficiency. Sales have been growing very rapidly but Bioventix says they will flatten due to pressure on test prices. For some years the company has said troponin will take up some of the slack. Developed under contract exclusively for Siemens, a manufacturer of blood testing machines, Bioventix says “there are no antibodies in the future pipeline that are comparable to troponin in clear potential value”.

Bioventix made its first troponin sales in 2019, and reported rapid growth in the first half of the current financial year, but not quite as rapid as expected (Siemens is offering the test, but it takes time for customers to adopt it). We can see how important the Vitamin D test is, it’s the left hand bar in the chart below. Troponin is on the far right: 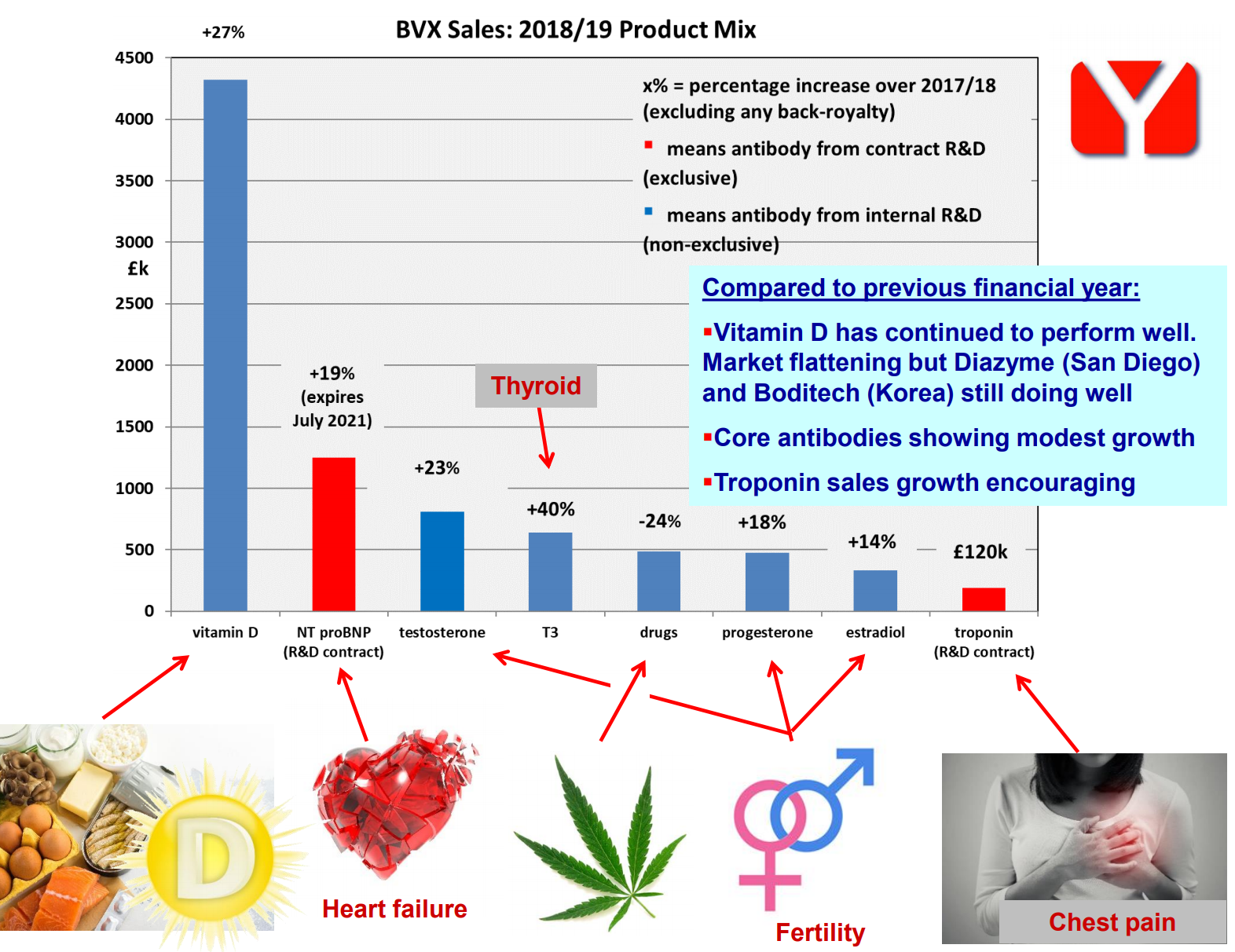 In 2018, Bioventix revealed that another machine supplier, Beckman Coulter, is offering a troponin test made from sheep monoclonal antibodies created by a sub-licensee of Bioventix. The language in the annual report is vague. Bioventix expects to earn revenue from this test even though it did not contribute directly to the development, presumably because Bioventix supplied some element of the technology required, allowed under its contract with Siemens.

On the face of it, extra revenue is a good thing. Bioventix is unable to distribute the troponin test it has developed except to Siemens, which has a 10% or so market share, so it’s interesting that it can generate additional revenue indirectly from the customers it cannot supply directly.

Another beguiling attraction of Bioventix is that it does something difficult, which may deter competition and favour incumbents.

In 2014, when Bioventix moved from the Plus market to AIM, it believed it was the only company manufacturing monoclonal antibodies from sheep. While the processes are not patented, the company says it has unique know-how. Given two decades or more in the field, it almost certainly has 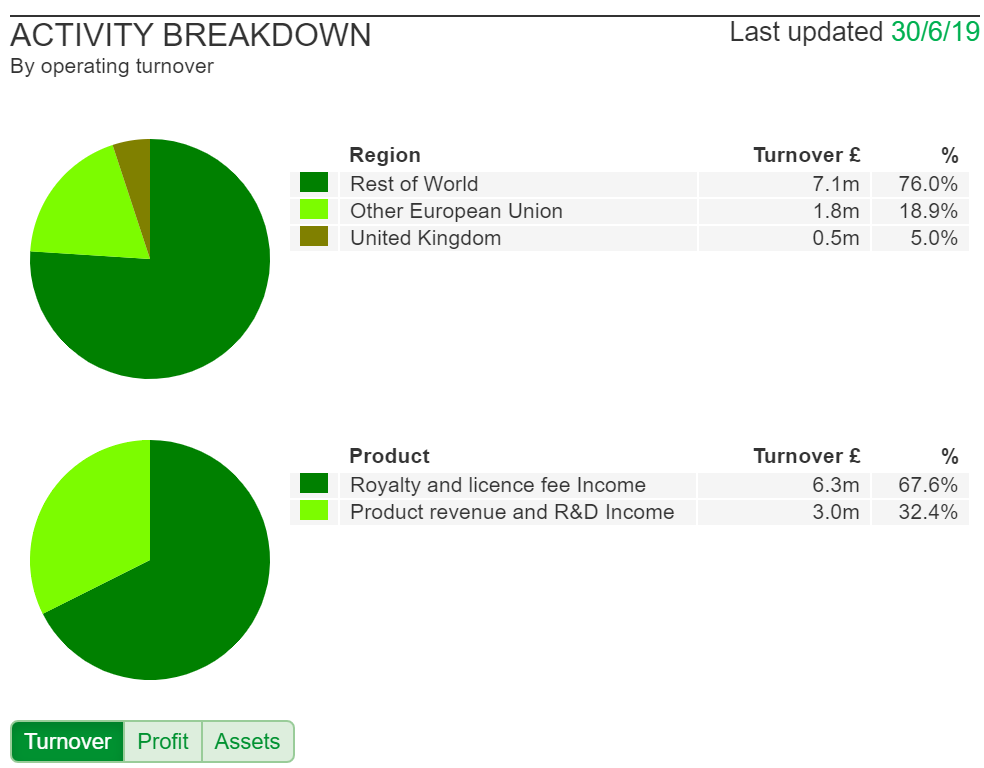 The company only earns about 30% of revenue from the sale of antibodies. The other 70% comes from royalty fees earned for each test irrespective of how many antibodies are consumed. This is important because manufacturers are improving the efficiency of the machines, which over time reduces the volume of antibodies they need.

Bioventix antibodies are only selected if they perform better than alternatives, often from customers’ own laboratories. Since it takes four to ten years to develop an antibody, secure regulatory approval, and commercialise the test, changing to another supplier is a big hassle and not worth doing if the current test works well.

This means change happens very slowly. Shareholders are reaping the rewards of research done at least four years ago and often long before, and the research the company is doing now will only start paying off in the middle of this decade.

For Bioventix to keep growing rapidly, it must commercialise the new antibodies it has been developing, particularly troponin. But it should be able to sustain earnings for many years, or grow modestly as clinicians adopt tests and more machines are installed in hospitals, even if it experiences failures.

With such a secure stream of earnings, the risks lose some of their potency. Most of them relate to competition.

A lot can happen in years it takes to bring an antibody to market. For example in 2019, Bioventix downgraded the potential of a novel antibody it is developing that binds to Biotin, a vitamin supplement, because it’s biggest potential customer has found its own solution.

There are technological challenges too. While sheep produce better antibodies than mice, so do other large mammals. Bioventix says some of its customers use rabbits, which “is likely to have resulted in some lost opportunities”.

The company also reports the “steady development” of synthetic antibody technology. These are produced in the lab without using animals, which reportedly may bring advantages in terms of cost, ethics, and quality. Currently Bioventix regards rabbits as the greater threat, saying synthetic antibodies are perhaps best used for molecules too fragile to be injected into animals.

While competition may be increasing and Bioventix could experience internal setbacks too if key staff members were to leave, the huge inertia created by long development cycles means the impact is likely to be very gradual. That’s what gives investors the confidence to pay so much for the shares.

A bird in the hand…

A PE of 33 is the same as an earnings yield of 3%, the notional return on an investment at the current share price assuming stable earnings. With interest rates so low, perhaps it’s not so crazy to accept a 3% return if, as seems likely, it’s a worst case scenario.

If troponin lives up to expectations and the existing lineup of antibodies continues growing modestly, returns will be higher.

There’s an adage, “price is what you pay, value is what you get.” While it’s difficult to pony up for expensive shares, they can look less expensive when you consider them in the round.