St Leger Day, as in ““Sell in May and go away, don’t come back till St Leger Day”, is approaching. I’ve always wondered who St Leger was, and why a saint might have had a horse race named in his honour. Was Saint Leger the patron saint of book making?

Well no, it turns out that the name comes from a British Army officer, Major General Anthony St Leger who founded the race in 1776. The race will go ahead this year on the 10th September, according to the Doncaster Racecourse website.

In the 7 months following St Leger day, the UK stock market has delivered an average return of 9% during the winter, but less than 1 per cent from May to St Leger Day*. So there might be something in the old saying. The FTSE 100 is up less than 2% since 1st May this year to 5850, largely missing out on the tech fuelled rally in the US. Nasdaq sold off strongly at the end of last week.

Last week, both Creightons and Arcontech reported results. These companies soldiered on through tough times, and are now enjoying a come-back, reporting sales growth, positive operating leverage and high Returns on Capital. As you may recall from my article last week I like to call companies that have endured years of pain before going on to 10 bag, “Robert Graves stocks” after the First World War Poet. 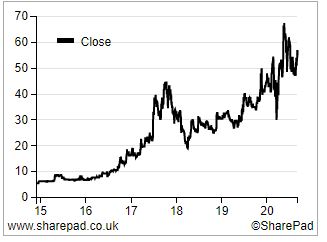 Creightons history goes back to 1975, but it was first listed on the London Stock Exchange in 1987. The group originally made branded toiletries (haircare, moisturiser, bath & body and male grooming) from exclusively natural ingredients. In the late 1990s the business reported several years of losses and needed a rescue rights issue in 1999. Then in 2003, Creightons bought a business out of administration, that did private label (that is, making supermarkets and retailers “own brand” toiletries) and contract manufacturing (that is, making products for third party brands). Private label is now 50% of the revenue and Aldi, Asda, Primark, Superdrug and Tesco’s are mentioned as customers. Champney’s and Molton Brown are listed as third party brands in last year’s presentation, though they lost one major customer who took back production in-house, which meant sales in this segment were down by a fifth to 30% of group revenue.

From 2010-2015 as the supermarkets (ie Creightons private label business customers) faced intense competition with each other, they tried to pass on this pressure to their suppliers, like Creightons. So even as sales grew from below £14m in 2010 to over £21m 5 years later, the gross margin fell. Understandably investors were reluctant to assign a premium rating to a company where the growth seemed to be accompanied by margin pressure and consistently reported Returns on Capital below 10%.

Creightons management responded by investing in Research and Development and also trying to grow the third revenue stream, their own Creightons branded business, where margins were higher. Creightons own brands is still the smallest category at 22% of revenue.

Sales growth was almost too successful. The company put out a profit warning in Feb 2018, saying that sales were better than expected, but the company couldn’t keep pace with demand, so needed to outsource production of its own Creightons brands. This in turn meant the company’s margin was hurt, and the company warned that despite the rise in sales, PBT was likely to fall.

This was an example though of a “good profit warning”. The share price halved to 20p, as investors worried that the substantial sales growth the company was enjoying would (yet again) not benefit the bottom line. But this was actually an opportunity and at this point I bought the shares. Events have now shown management had clearly taken the correct long-term decision not to disappoint customers even if it meant reduced profits in the short term.

The key to the very strong performance in the last few years is sales growth and operational gearing.

That is: a doubling of sales results in PBT quadrupling. Return on Capital Employed has been above 20% in the last 2 years.

The results released last week were the delayed Full Year to March 2020. Management said that sales in the final month of the financial year (March 2020) were down by approximately £400,000 due to Covid-19 related delays and cancelled orders. Despite the March weakness, organic sales growth was +6% to £48m, and operating profit was up +29% to £3.8m (although the latter was flattered by purchasing outright a building the firm was previously renting – see below section on related party transaction.)

As you would expect for a company that waited so long to put out its results, they have updated investors with comments to end of July saying they are trading “ahead of last year, which has enabled the Group to absorb the increased costs and risks associated with the pandemic.” Comments also point to increased sales of Creightons “Pure Touch” brand of hand sanitisers and hand washes. Since the February market sell off the share price reaction seems to have anticipated Creightons being a winner from the upheaval, with the shares up 34%.

Balance sheet looks strong with just £1.3m of goodwill and intangibles, net debt of £1m and shareholders equity of £15.6m.

The company does seem to work hard at getting its message out to private investors. There are plenty of presentations available on the https://www.piworld.co.uk/category/company-videos-a-to-z/creightons-crl/ website.

William McIlroy, Chairman and Chief Executive since 2001 owns 25% of the company. His basic salary is just £25K, but he then took a bonus of 8x that amount to give total compensation of £224K, which seems reasonable given the strong performance of the company in recent years. The whole management team has been heavily incentivised with options, with potential dilution of 9.5m ordinary shares (ie 15% of ordinary shares outstanding). The strike price of the bulk of the options is at 27p (the others are below 10p) – given the strong performance over the last 5 years it seems shareholders should be more than happy to accept this dilution – and indeed the remuneration report was 99% approved.

There was also a related party transaction. For over a decade Potter & Moore Innovations (a subsidiary of Creightons) had been renting a property in Peterborough from a company (Oratorio Development Ltd) controlled by the Creightons Chairman William McIlroy. This financial year Creightons bought the freehold on the property for £3.8m (approved by shareholders at the AGM in 2019). This seems fair enough as long as the company did not pay above the appropriate market rate for the freehold, presumably something the Non Exec Directors would have been careful to ascertain. But the purchase of the freehold and mortgage debt does have the consequence of shifting the cost of the building from rent (admin expense) to finance cost, which has flattered the trend in reported operating profit +29%.

Management released new aspirations for March 2025: Sales of £100m, net profit margin of 9% and ROCE to remain at 20%. I own the shares and they’ve almost 3 bagged for me since I bought in early 2018. If management attain close to their aspirations, I expect the shares to grow to a larger proportion of my portfolio. 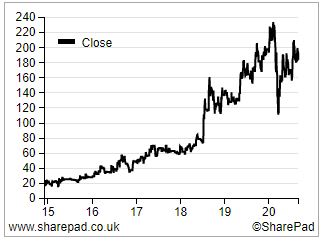 Arcontech, the market data system aggregator has similarly struggled for many years before enjoying success. The business was founded in 1979, but reversed into Knowledge Technology Solutions in September 2007, and the listed entity changed its later name to Arcontech. KTS was an early Sharescope type product and market terminals business for professional investment companies, which was then sold. In 2008, Arcontech’s was focussed on the CFD and spreadbetting markets, revenue was £1.03m and post-tax losses were £300K. This compares to the most recent June FY 2020 revenue of £3m and PBT of £1.04m, so the business has trebled revenue in the last 13 years, albeit from a very low starting point.

Though I’ve worked for investment banks in The City for 15 years, the Arcontech ‘CityVision’ product is outside my circle of competence. It is aimed at firms who don’t want to rely on one market data vendor (ie don’t want to be locked in to using Bloomberg, Thompson Reuters or Refinitiv for example). Arcontech does not deliver any market data itself but instead is an aggregation platform so data from multiple sources can be consolidated. The company describes its software as enabling the collection, manipulation, redistribution and presentation of market data in real-time from multiple sources to multiple destinations. 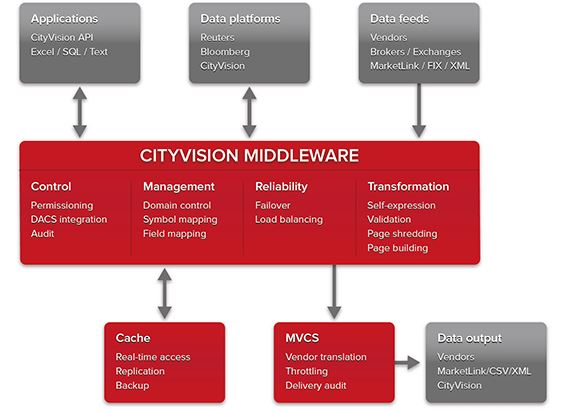 Interestingly Arcontech’s revenue grew 19% 2009 v 2008, suggesting that the technology buying is unrelated to what the stockmarket or credit markets are doing. The Bank of England, JP Morgan, Citi, Lloyds, Barclays are listed as clients on the company’s website. 93% of Arcontech’s revenues are recurring license fees – no doubt there is not just a contractual obligation, but also significant switching costs to changing data platform. COVID-19 has had little impact on the business, apart from making new customer sales more drawn out.

It is hard to know how large the market is for their product, as the company has been around since the 1970’s but only just achieved £3m of revenue. Perhaps an unfair comparison is Bloomberg, founded in 1981 now reporting $10bn of revenues and around 325K Bloomberg terminal users worldwide**. As Arcontech is much smaller, there is significant customer concentration risk with the top 4 customers representing 62% of total sales.

It took until 2015 for Arcontech to report a profit, when the shares doubled to 20p, but since then as revenue has grown from £2.1m to £3m and almost all that incremental income has dropped straight through to the bottom line. The business is now extremely cash generative (all R&D is expensed through the p&l), and cash balances were up 23% to £5m, despite increasing the dividend by 25%. Because of the historic losses Arcontech has £7.5m of deferred tax assets. Combined with the cash on balance sheet, these two items are around half of the company’s market cap, so arithmetically excluding these items, the PER ratio falls from over 20x to half that amount.

There is no institutional ownership and management don’t seem to be making much of an effort with private investors (no presentation on their website, nothing on https://www.piworld.co.uk/) – That might not be a bad thing, the company has less than £2m of administration costs, perhaps they just don’t have the resources. If management can continue to grow revenue, investors will sit up and take notice, particularly as Leon Boros, well known for identifying overlooked high potential investments, has flagged it. 2 salesmen were hired at the start of the year (taking the total to 3), but have understandably found it hard to win new business in the first 6 months of the year.

Highly profitable, cash generative – but not an easy company to understand. The company’s broker (FinnCap) is forecasting revenues to grow 5% per annum over the next 2 years v historic CAGR of 9% since 2016.

I don’t own any, but certainly one for my “watch list”. Normally I ignore company announcements about winning new business, but for Arcontech this could be highly price sensitive.