The Trader: Why the trend is your friend

“It is a truth universally acknowledged, that a single man in possession of a good fortune, must be in want of a wife.”

Whether or not you agree with Jane Austen’s opening line in Pride and Prejudice, by the end of this article I hope you will agree with my version.

“It is a truth universally acknowledged, that a single trader who does not follow the trend, must be in want of a blown account.”

Often read but rarely adhered to, many traders have blown up by betting against the trend. Unless you have very deep pockets and are able to bully the market (which in itself is an incredibly foolish act) – not obeying this simple rule will see one relieved of their cash, as the market will reach into your account and take your money.

New traders can be overwhelmed with a crescendo of conflicting advice, and it can be difficult to know who is speaking sense and who isn’t.

For example, Warren Buffett says to be greedy when others are fearful. Typing this phrase into Google reveals hundreds of smiling Warren Buffetts with this phrase inscribed like holy scripture; like a stock market deity to be revered and fawned upon.

And whilst I’m not going to deny that Warren Buffett has had fantastic success with his rules – he is an example of survivorship bias.

But what really matters: do I agree? In short, no. But most of these disagreements can be solved by realising that timeframes are different. Whereas Warren Buffett’s favourite holding period (or so he says) is forever – mine is as long as the trend is in my favour. This can be months, weeks, days, and even minutes and seconds.

As traders our job is not to average down; our job is to risk some to make more and get into situations where we believe we have an edge. If you are right 40% of the time, but when you lose you lose £1, but when you win you make £2 – you will be profitable. And you’re not even right half of the time. 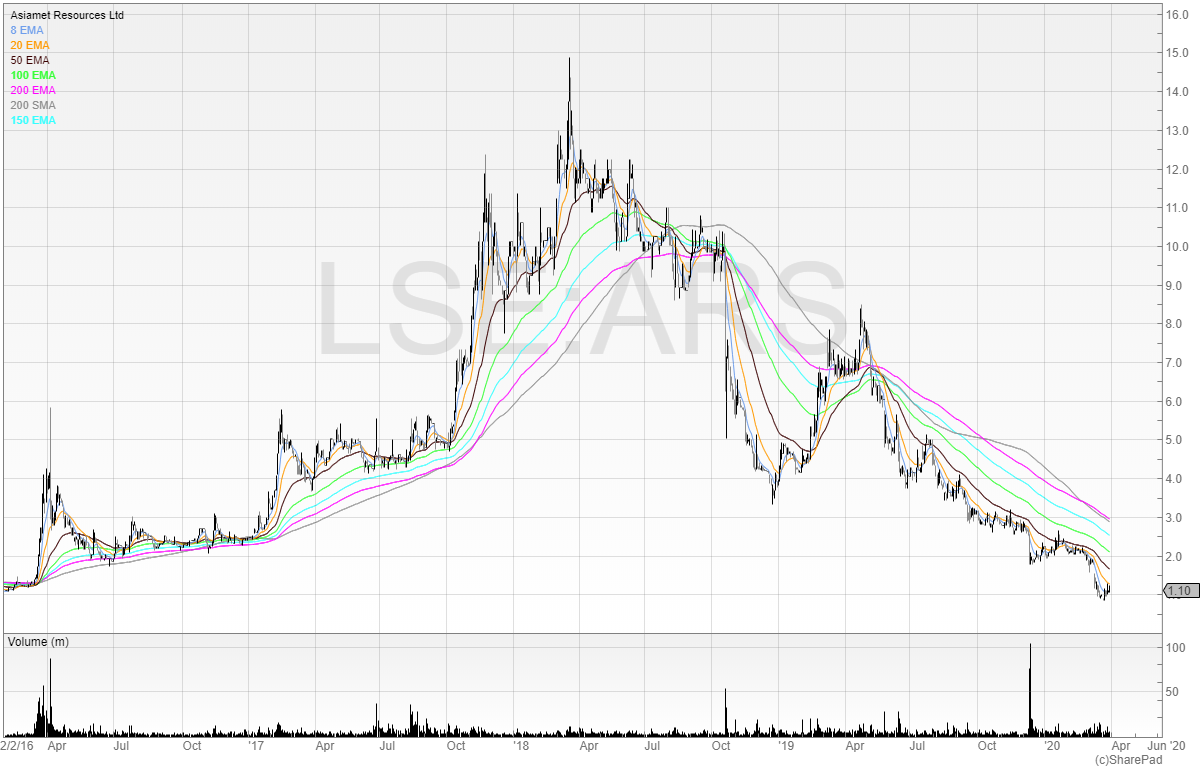 Moving averages can be useful to identify trends. The pink and grey lines on my chart represent the 200 EMA and 200 MA. If the price is above these indicators and rising, then the stock is in a rising trend.

Here is another example of a FTSE 250 stock. 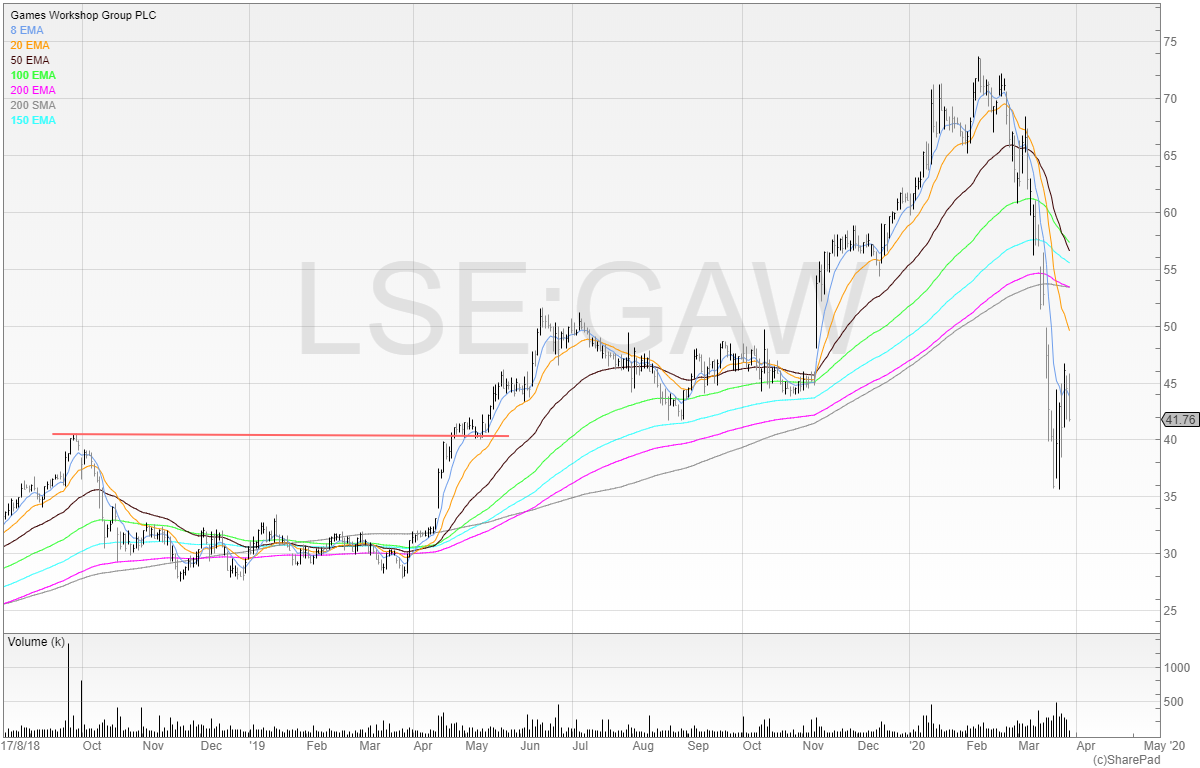 We can see that recently the trend has changed when stock fell through its 200 moving averages. Would I buy Games Workshop now? No. Does that mean you shouldn’t buy it? Of course not – I don’t know your strategy. If you’re a long-term investor wanting to pick up a quality stock at a bargain price, then Games Workshop may be for you. But if you are a trader, I’d be curious to know your reasons. Right now, it’s in a downward trend. It doesn’t mean it can’t become an uptrending stock again, but why bet on it making a recovery when it’s a much higher probability of success to join an existing and confirmed trend?

Would you be in a rush to buy this FTSE 100 stock? It’s a ‘blue chip’ – and the FTSE 100 comprises of some of the safest stocks on the stock market. They’re owned by institutions, hedge funds, pension funds… or what we call the ‘smart money’. 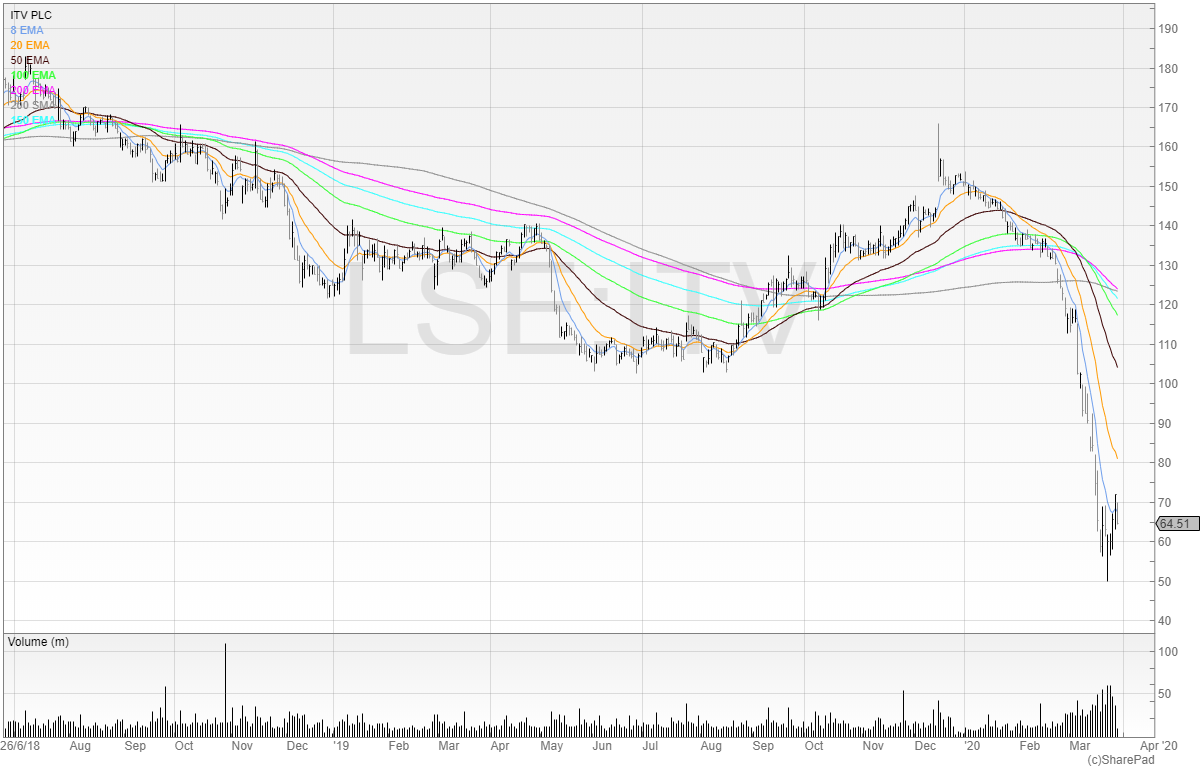 But if the so-called smart money has been holding onto this stock for the last two years, they don’t look so smart anymore. The trend has quite clearly been down.

ITV plc is a hugely liquid stock. It’s very easy to get in and out of, unlike some illiquid small caps.

One argument for not following the trend is that the stock is illiquid, and so to sell they would risk moving the price downwards. That’s possible, but should one be position sizing so large in an illiquid stock as a trader?

The benefit that both retail and professional individual traders have over the institutions is position agility. We are not bound to owning a select list of stocks, and we’re also not bound to being invested all of the time.

Cash is also a position. Having cash in the account isn’t going to kill anyone, and there is no rush to open a trade. Sometimes the best trade is not trading at all.

But the main advantage of position agility is our advantage of being able to get in and out with ease. Trading commissions are not high these days with online execution brokers, and so buying and selling can be done with ease.

Many new traders forget this, and turn what was a short term trade into a long term investment. By being aware of how to identify a trend, this should prevent anyone from nursing large losses.

I’ve made this mistake before, as I held 7digital – an unprofitable, speculative stock – taking a 70% loss on it before selling. It’s not a mistake I’ve repeated since, because I learned the hard way to always follow the trend. 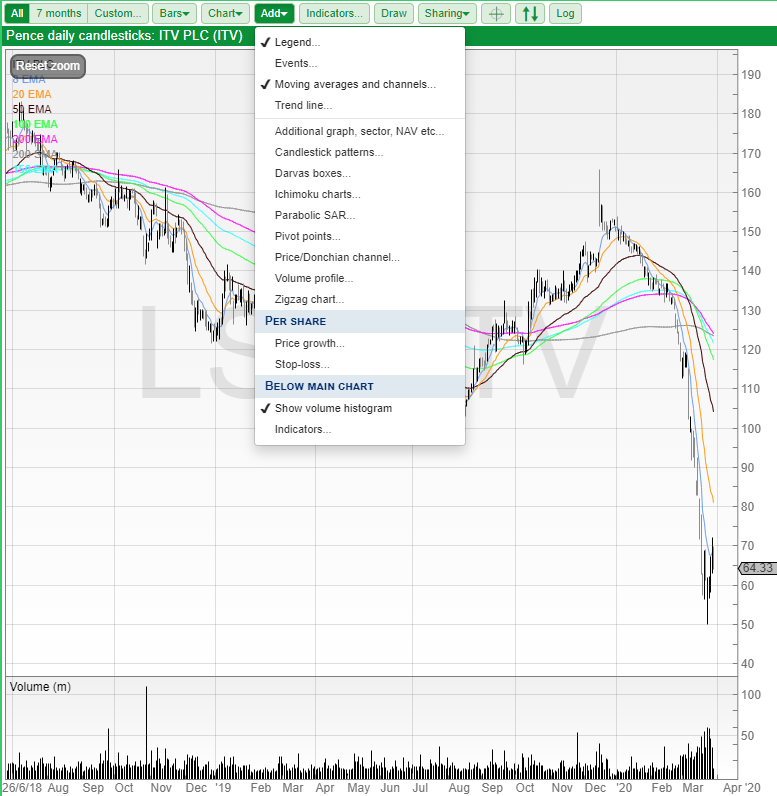 Clicking this will then reveal the window where you can add, edit, and delete moving averages. These are the ones I use. I believe having one or both of the 200 moving averages is important, because this trendline is used by many people to see whether the stock is in a bullish or a bearish trend. 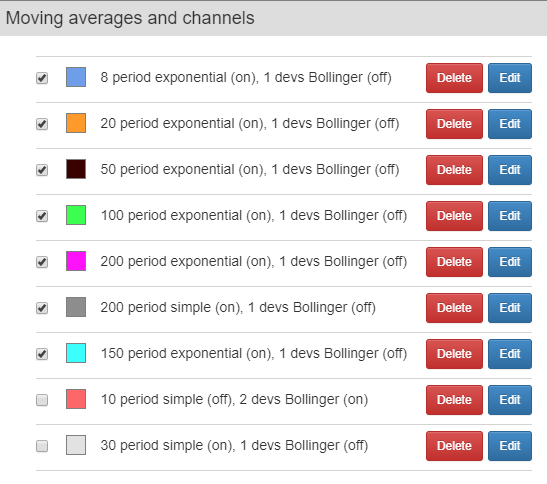 The ‘trend is your friend’ is repeated for a reason.

Whilst “It is a truth universally acknowledged, that a single trader who does not follow the trend, must be in want of a blown account” may not be repeated as often – I do hope you agree.