Luck plays a part in investing but there is also a theory that you make your luck. Both K3Capital and Dart Group are cyclical businesses which performed strongly in the second half of last year. It could be that they got lucky with the cycle going in their favour or Thomas Cook going bust, but without their strong culture they wouldn’t have been in a strong position to get lucky. It is this culture that enables a cyclical business to hold to gether in a downturn in order to capitalise on their position when times get good again.

No where is it more evident than in the broking sector. Hugely cyclical and a natural partnership business where the partners sometimes went a year without earning much followed by some bumper years. Along came big bang and partners dividends were replaced by bonuses and the result has been dysfunctional. The great names such as Cazenove replaced by JP Morgan and James Capel disappearing into HSBC. Staff turnover is high and annual fighting over bonuses was rife until it was replaced by the annual redundancy rounds.

In weak markets strong businesses will build their franchise as competitors struggle while in strong markets businesses can milk their franchise. Only with a positive culture can a company build its franchise in weak markets and it is this factor which determines whether a company can achieve scale over time.  If we invest in small companies because they can become large then this is a vital factor. If our investment style is more of a trader then it is of less relevance but I have always preferred to invest in small stocks that can become large. In management speak this culture is frequently termed “corporate governance” and yet I find that often a number of the shares that I own fail to comply with the code.  Which is puzzling.

It is possible to argue that the incentive scheme at Non-Standard Finance had a strong role in dictating the outcome. Options over 5% of the company’s share capital were awarded to the founders back in 2015 subject to performance conditions of the Group making at least £50m of acquisitions and a 25% increase in shareholder value over 5 years. That implies a share price target of c 125p. If someone said to me “I will pay you a bonus for spending £50m of my money” it may not be surprising if I overpaid for acquisitions. The 5-year anniversary arrives in 2020 and with a share price target of 125p against a prevailing price of 55p in the market last year it may help explain the audacious nil premium all paper bid which NSF made for Provident Financial, a competitor c 9 times its size. One last throw of the dice perhaps. Meanwhile in December 2019 Morses Club won the Pro Share award for employee schemes in companies under 500 employees.

A useful new year health check for culture has led me to review the companies I know well, (I am afraid largely in the financial services sector by virtue of history) noting the top 3 or 4 factors for each stock that I sense has a strong culture. I find there are some recurring themes.

Of the financial services stocks I know well the top of the culture pile comes up as:

These stocks are always good to tuck away and hold for long periods of time. They are the sort of stocks that Terry Smith tells us the hard bit is actually doing nothing and just letting them grow over time. Mr Smith does well to charge £87m for the discipline of not doing very much, while living in Mauritius.

Recognising these strong culture companies early can pay huge rewards. Hargreaves Lansdown – when Stephen Lansdown and Peter Hargreaves were at the helm – was one of these. It came to market in 2007 at 180p/share rising 34% on its first day of trading. The culture has now changed with the founders gone but notwithstanding that even today the shares trade at 1893p. An investor who got in at IPO would have enjoyed at 20% compound return over 13 years. This is similar to the return an investor in Warren Buffet’s fund in 1965 would have earned over the years.

If we compare that to the compound share price performance from (in my view) high quality culture companies highlighted above it looks like this:

This is generally a strong annualised return bearing in mind this represents share price return only and excludes the dividend return. Two things are apparent from the above table:

It is this latter factor of competitive advantage that is missing from my analysis of “culture”. The holy grail is to find culture and competitive advantage together. Both of these are soft factors and can’t always be seen in the numbers. Sustainably high ROE is evidence of a competitive advantage while remuneration can give evidence of the culture of a business, but other than that it can be slightly subjective. For that reason, it is important to meet with management. Increasingly there are interviews posted online but there is no substitute for the body language of an analyst meeting on the day of a very difficult profits warning. Mattioli Woods analyst meeting is one of the best attended analyst meetings I have attended. I counted 28 analysts at one meeting while there are a very small number of analysts that formally cover it. I surmised that most turn up to hear the inspirational Ian Mattioli introduction about how the industry it moving to a world of 20% margins because today the customer is getting a bad deal.

If we add the ROE to the table above to screen out those with a low competitive advantage, we can screen out Mattioli Woods and Alpha Financial Markets Consulting that make low ROE’s. Both these companies are in increasingly competitive markets of wealth and pension management for Mattioli Woods or fund manager consulting for Alpha Financial Markets consulting where they compete with the large accounting firms and consultants.

Then there is valuation. As a general rule I like to run my winners but I wouldn’t want to take a position in a stock trading above 30X which screens out AJ Bell, Alpha FX and Integrafin.

Which leaves K3Capital, Tatton Asset Management, Manolete, Liontrust and Gateley. It may be useful to consider the competitive advantage, cyclicality and culture of each of these.

But firstly, it is also useful to check the remuneration policies as this can add evidence to the culture. What is apparent is that the disclosure of performance targets for Long-Term Incentive Plan’s (LTIPs) is generally incomplete.

The following points are noteworthy from the above table: 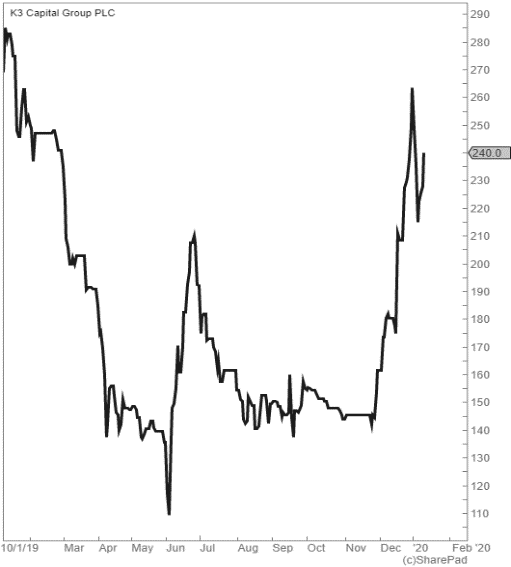 I would argue this is a significant competitive advantage as if you have decided to sell your business it makes sense to use the company with the largest pool of buyers if I wanted to maximise the sale price of my life’s work. So, success breeds success. 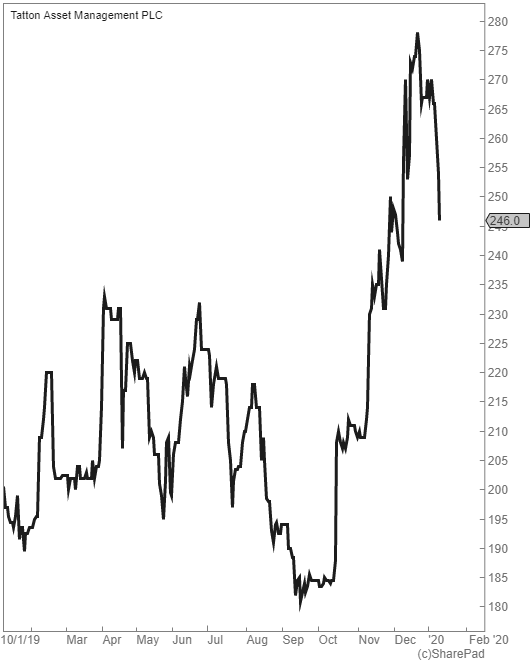 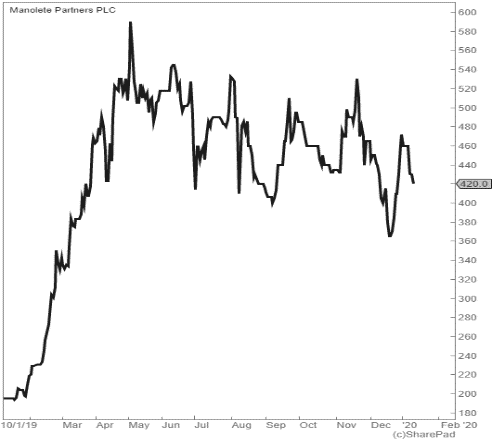 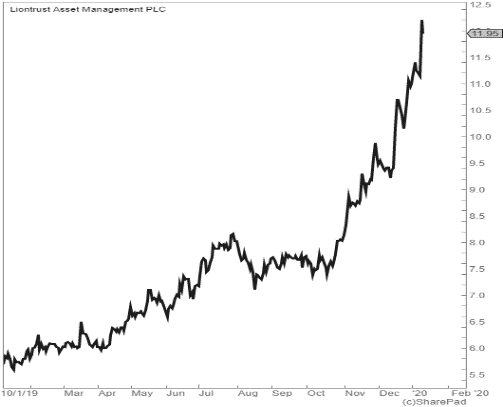 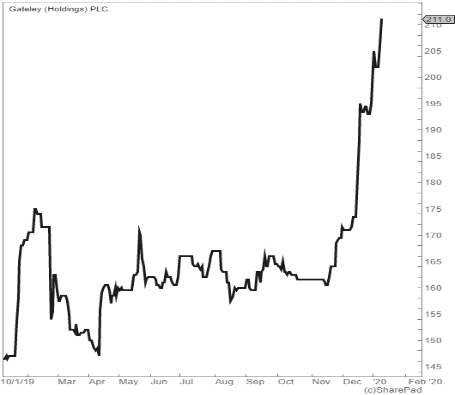 The two that most tempt me from these stocks are Tatton Asset Management as there is a new partnership to distribute their product with Tenet Group which suggest that inflows should accelerate this year while the rating is reasonable and Liontrust. With Liontrust I worry that I am the last one to the party as it is no longer cheap but with a cold towel over the head momentum usually feeds on itself for fund managers and the strong performance can carry on for a long time. I may have to force myself to own this.

As we enter a world where sustainability matters more the importance of culture is only increasing. A dedication to investing in companies with a strong sense of culture alongside a genuine competitive will guarantee outperformance over the long term. Evidence can be found in remuneration schemes and ROCE but to understand a company’s culture it is best to meet with the management. Because of this I am using companies I know well as a universe but amongst them I suspect that Tatton Asset Management and Liontrust could make very good “buy and forget” stocks.