There are reasons to be gloomy just now. As I walked past Westminster last week the protester carrying an anti-Brexit placard looked forlorn as the extinction rebellion protesters drowned out his signage. Over in Hong Kong the protests are about something else altogether. While in Japan typhoons are disrupting the rugby. It is getting harder to find a positive economic indicator too.

UK GDP fell in August while the lead indicator of the purchasing managers index is below 50 (indicating contraction) and trending downwards both for manufacturing and services. The CBI business optimism indicator doesn’t look pretty either.

One of the very few upward sloping trends is insolvency

Which will help insolvency practitioners such as Begbies Traynor.

Last week UK markets were strong, particularly on Friday with Brexit optimism causing the FTSE to rise 0.8%, but noticeably the FTSE small cap rose 1.4%. It is this economic and social gloom coinciding with a rising market that makes me suspect the next substantive move in markets is more likely to be a positive one than a negative one. When markets go up in gloom that is often a good indicator they are oversold. In particular the small cap index is oversold.

The chart below shows how the gap has widened between the small cap and the FTSE 250 since 2014. 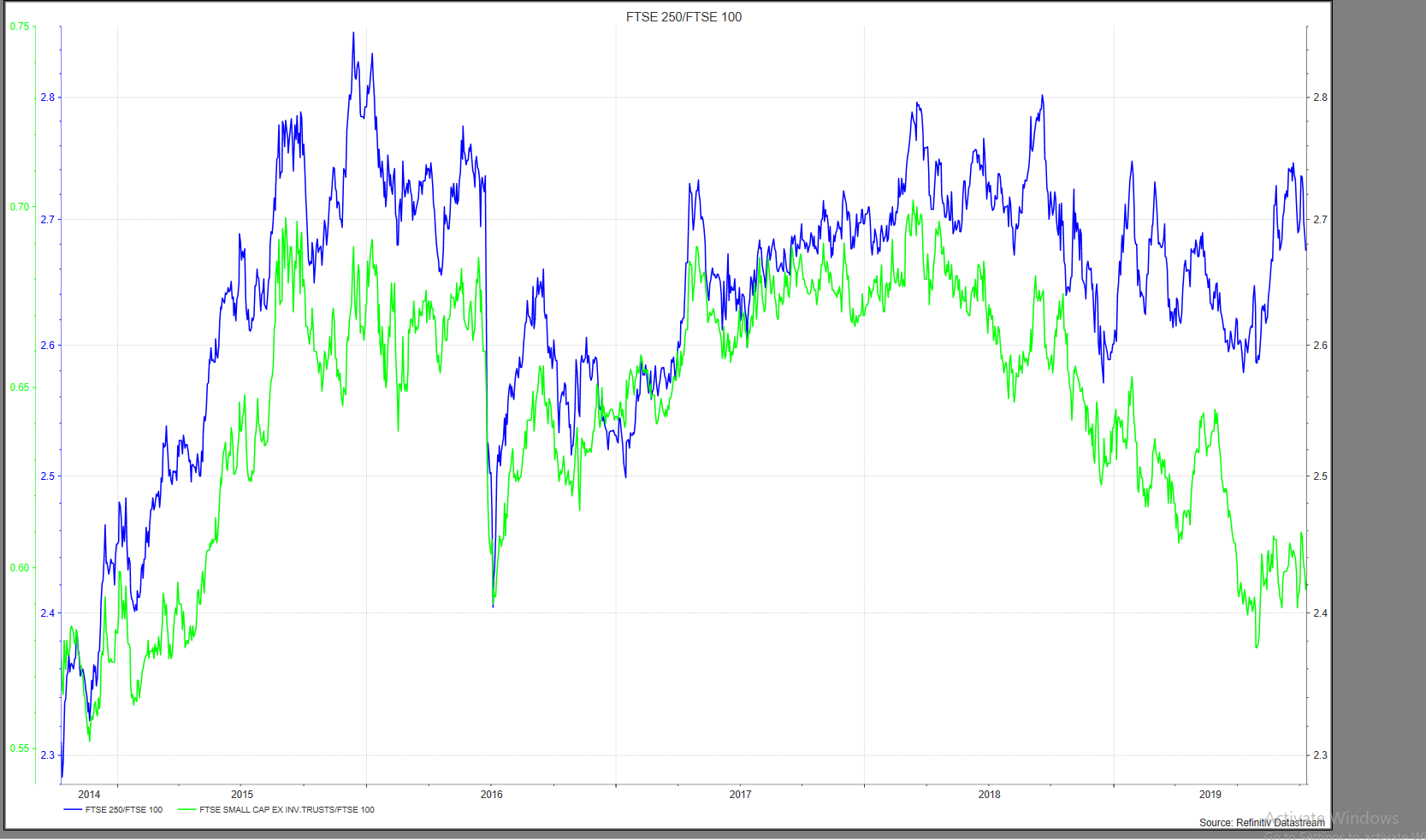 I remain bullish on markets partly because of the gloom that is all around us.

While it may be early to have high conviction that markets have turned the recent volatility does help exchanges generally. FX exchange may be particularly relevant today with trade tarriff’s and Europe issues. Gloom may spur CFO’s to secure their businesses. Exporters must be nervous about currency exposures- just another worry for the long-suffering CFO to add to his or her list. 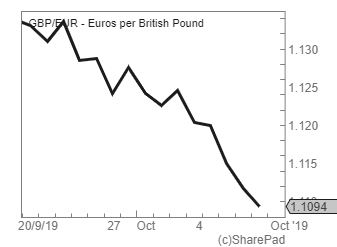 I can only imagine that if I was a CFO now at least I can just hedge out my currency risk by buying forward. CFO’s have a choice of whether to hedge or not. Many don’t because it involves a cost – but with the current global issues whether it be with trade wars or Europe, it is easy to see the propensity to hedge currency risk growing.

Which makes me think that FX must be a good business at the moment. I rather like the business model of an exchange where the business tends to prosper on volatility rather than direction of travel, so it slightly hedges the bet on markets that equity investment implies.

There are 3 listed companies whose profits are driven by FX trade. All three are relative newcomers to the stock market in recent years and have different risk/reward profiles so it may be an opportune time to have a brief tour of the FX operators – which we can do in valuation order – so the good looking one comes first and the rather unloved and abandoned one brings up the rear.

Currency exchange is in fact a growth market. The BIS survey is conducted every 3 years and it suggests that forex trade has been a long-term growth market but it also wasn’t cyclical in the credit crunch in 2010. 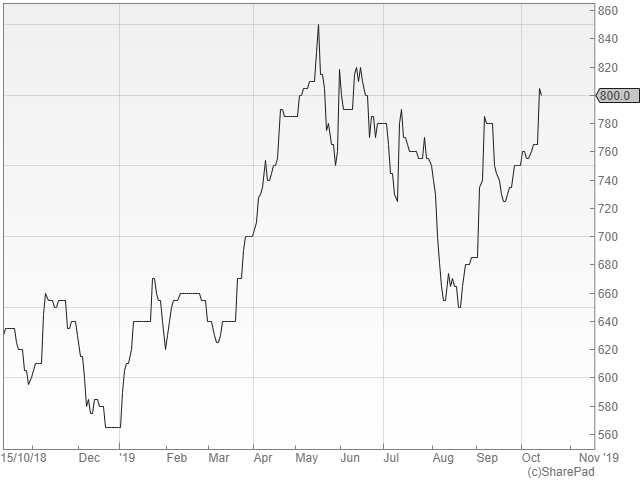 The company was founded in 2009 by two entrepreneurs, Morgan Tillbrook, who is the CEO and 26% shareholder today. Previously he had established an online poker business and sold it to Sky. The vision was to provide companies with more support around managing exchange risk. They moved their head office from Windsor to Reading in 2015 and this year have just taken up some very smart new offices in Paddington. 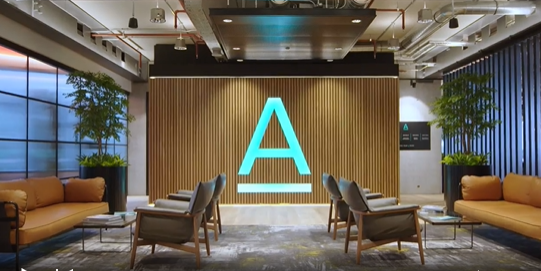 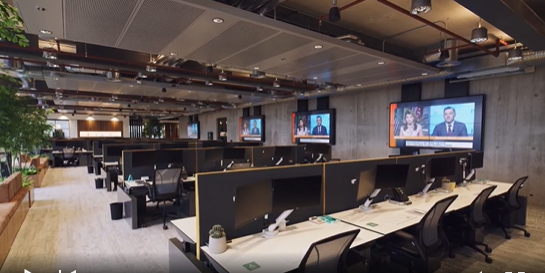 The majority of FX transactions are carried out by banks who have inherited their corporate relationships by virtue of legacy and the spreads charged are wide. Banks encourage corporates to trade by employing strategists who statistically do not add value to the decision-making process. Alpha will design methodical hedging programs which meet the objectives of the corporate using their software and online portal which delivers a predictable and repeating volume of FX trades to Alpha. The sales process is slick with highly motivated staff targeting CFO’s for new business. The retention rate of clients is in excess of 90% and the sales staff are incentivised with repeat commissions from clients they bring in, thus over time staff can build up significant recurring revenues. The company is also committed to staff share ownership and staff shareholders are termed “partners”. At the end of 2018 51% of staff were partners.

This is a model that is working well. Since IPO in April 2017 the company has formed an institutional division to carry out FX for funds and other institutions which launched in March 2018 and a Canadian office was opened in October 2018 with 5 individuals. Since IPO growth rates reported have varied from 55% to 90% but notwithstanding that the analysts insist on ignoring past trends and forecast far lower growth going forward 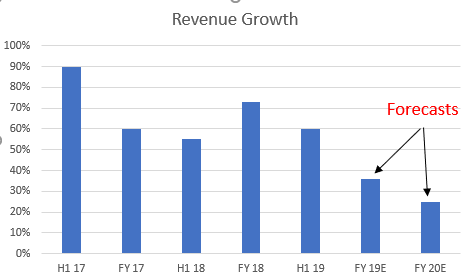 A more rational observer might suggest that forecasts are too conservative and as we come towards the end of the year, we may get upgrades coming through. In H1 2019 the company reported a 43% operating margin and yet the analyst’s forecasts assume a 38.5 operating margin for the full year.

If instead of the analyst’s number we assumed a maintained growth rate of 60% in H2 and a 40% operating margin we would arrive at £38m revenue (estimate £32m) and £15m PBT (estimate £12.3) which is EPS of 32p (estimate 26p). That would imply potential for upgrades in excess of 20%. If we extrapolate this forward another year the upgrade is considerably larger.

On current estimates the PER is a lofty 30.7X for the year to December 2019, falling to 25.5X the following year. However, if things go well this could potentially be on 15.8X December 2020 earnings, which is only 15 months away.

I find it very difficult to buy highly rated growth stocks after several disappointments in the past where the downside can often be very substantial. And it is very uncomfortable to make an exception to my general value bias. But in 15 months’ time I suspect forecasts are likely to be materially higher than they are now, and the rating may still be very expensive. This feels like a Hargreaves Lansdown in the early days where their recurring incomes compounded very effectively, and the rating stayed expensive. 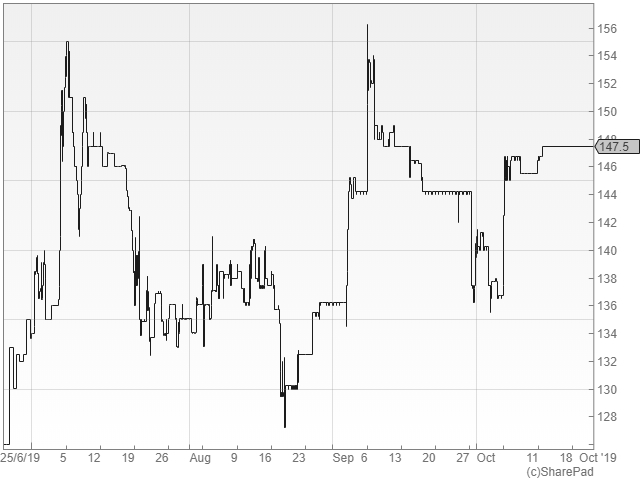 The business was formed in 2012 as a joint venture between John Beckwith (through Pacific Investments founded Liontrust, Thames River Capital, River & Mercantile and Urban Logistics REIT) and the management team of Harry Adams, Carl Jani and Andrew Egan. The offices moved to Old Bond Street in London in October 2015 and IPO’s on 25 June 2019 at 106p/share going shortly to a 27% premium at 135p/share.

The business is focussed on providing a bespoke voice broking FX service to corporates and institutions who are assigned a salesperson and a dealer with whom they develop deep relationships. The customer base is corporates and institutions with a requirement to exchange annually between £1m and £500m of foreign exchange. At IP in June the company had 6 dealers (of a total headcount of c45) with the capacity to service 200-300 clients. A client portal is under development.

As with Alpha FX the forecast assume a slowdown in the revenue growth rate from 24% to 95% historically. 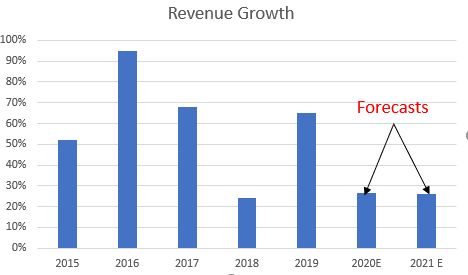 On 7 October the company issued a H1 trading update to September when it reported H1 2020 revenue up 45% to £13.8m. And yet market forecasts anticipate a flat level of income over the reining 6 months to March 2020. Last year in H2 the company produced £12.4m of revenue so on a like for like basis forecasts anticipate growth to slow from 45% in H1 to 11%, a level never previously recorded.

If we assume a continuation of the H1 growth rate for the next 18 months combined with a 37% operating margin, in line with what was achieved last year we get the potential upgrades outlined below:

This is beginning to look like a sector where analysts are nervous and forecasting extraordinarily gloomily. Revenue growth at Argentex has been more volatile than Alpha FX in the past so perhaps it deserves a cheaper rating as it is entirely voice broking based currently. However, the earnings uplifts that the company could well be pregnant with could ensure strong performance. 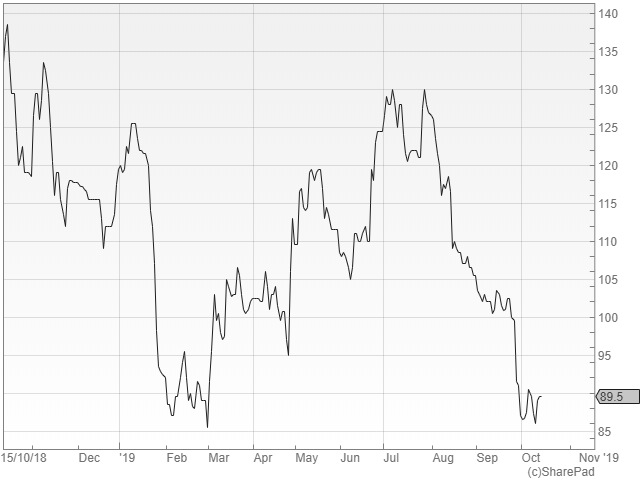 Equals came to market in 2014 through Cenkos raising £2.6m after it had reported £322m of gross currency transactions delivering a gross profit of £2.8m, although it was loss making. At that time, it was operating in the personal and business customer markets using currency cards, physical currency, and FairPay and Dealing in the online market. In 2016 it launched a mobile app and expanded into South Africa through a partnership with banks. In 2016 it announced a record week during the currency turmoil of the Brexit referendum, evidencing that these companies are beneficiaries of turmoil. In January 2017 it acquired Q Money enabling it to launch e-money bank accounts while also bringing a substantial SME customer base. To further build on the digital banking product CardOne was acquired in 2017 using a £25m placing to fund the acquisition. A chain of forex stores was also acquired in 2017, City Forex. In the current year the company has acquired Hermes FX, an international payments provider to corporate, raised £16m in equity and entered a 5-year agreement with Mastercard while launching a SME loan product.

The company changed its name from FairFx to Equals Group in June of this year.

Historically the company has grown its card-based usage, frequently used for corporate expenses, although in the early days much of the business was driven by retail customers. The focus of acquisitions in recent years has been around corporate users and digital banking products. It has been and remains a highly acquisitive business.

Much of the growth has been acquisitive historically and as a result historic growth rates are less conclusive, but I include it for completeness

In this case it is harder to conclude that estimates are woefully low, combined with two situations historically when the company has experienced profit downgrades. I would therefore propose to value it on current forecasts which place it on a modest PER of 15.3X falling to 11.7X December 2020 earnings. There is no dividend yet.

Given the acquisitive nature of the company risks are higher than with AlphaFX and Argentex. The company has only recently come to be dominated by corporate customers who have a higher repeatability of revenue than retail customers, but it is building a wider product range in e-banking having just launched its first loan product. I suspect it may well do well, but my confidence levels are lower than with Argentex and Alpha FX.

Currency turmoil around Brexit is causing forex to become the new way to gain a customer base from which a bank can be built. Revolut and Monzo are doing it privately and Equals are doing it in the quoted market. To my mind the pure play corporate forex providers of Alpha FX and Argentex are a safer way to play this nascent market where they are building significant repeat customer revenues with models that work in the face of a sceptical analyst community. My preferred one would be AlphaFX due to its reliance on technology rather than relationships, ultimately having the ability to deliver a higher operating margin from its platform model. It is uncomfortable to own an expensive stock. But as Robert Arnott said, “In investing, what is comfortable is rarely profitable”.