The S&P 500 has shed 500 points amid inflation fears. It’s been a punishing start to 2022. Alpesh Patel considers whether it is just a bump on the road or are we set for the stock market crash that some commentators have been predicting for years?

Stock market turbulence throughout January has caused a significant degree of alarm. Since the pandemic related drop in March 2020, stocks have risen dramatically. In just 17 months, the S&P 500 doubled. Last year, the index returned 27%. However, according to some smart money investors, the good times are over for now. 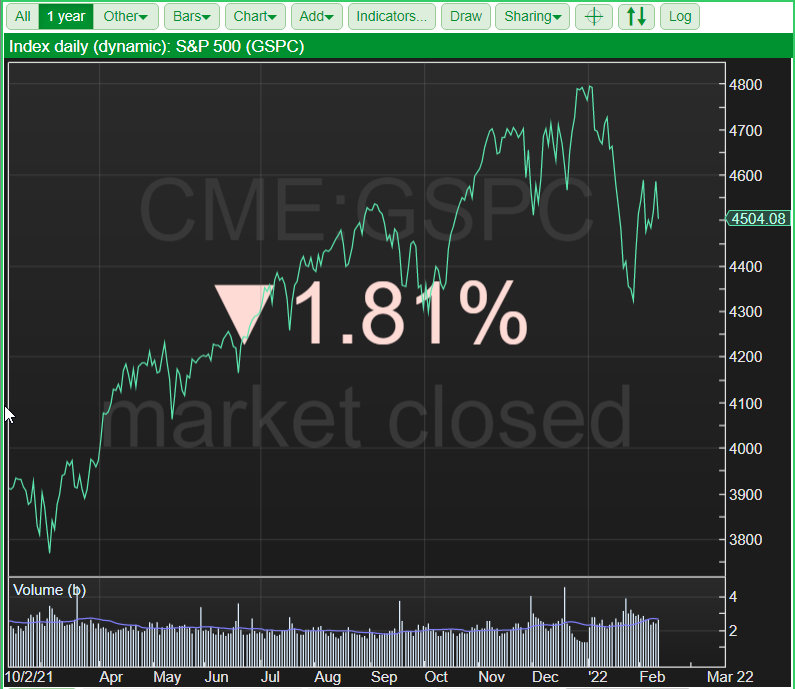 Paul Tudor Jones, the well-known billionaire investor, believes inflation is here to stay. He thinks it’s the biggest threat to the market and society at the moment. Inflation hit 30-year highs last year, but Jones suggests that’s just the start. The Tudor Investment founder believes that the trillions of dollars of stimulus money injected into the economy will keep inflation running hot.

The legendary investor states that now is the time to look at various inflation hedges, like Treasury inflation-protected securities and commodities. He warned against fixed-income products and suggested that equities will outperform them in an inflationary environment.

Some smart money is less optimistic about equities. Jeremy Grantham, the co-founder of GMO, suggests we are in the middle of a “superbubble”. When Grantham talks about bubbles, people listen. He predicted the dot-com crash in 2000 and the housing crisis of 2008.

Grantham describes a “superbubble” as a scenario when prices rise more quickly than usual, followed by a narrowing of the market where blue-chips rise, but speculative stock stagnates. This picture will seem familiar to everyday investors.

In Grantham’s opinion, the U.S. market is overinflated. If his thesis bears out, the S&P 500 could drop to 2,500 points — which would be down almost half from its record highs from December 2021.

However, he believes there are plenty of opportunities out there. For example, value stocks in other markets — like the FTSE 100 — could be worth considering.

But Grantham isn’t the only expert sounding the alarm. John Hussman, president of Hussman Investment Trust, believes we have entered the most extreme financial bubble in U.S. history. And he blames the Fed.

Hussman suggests that haphazard Federal Reserve monetary policy over the last 15 years is to blame. He explains that since the beginning of the financial crisis — and especially since the pandemic — the central bank has attempted to keep interest rates low by pumping liquidity into the economy. However, with inflation nearing 40-years highs, they are moving quickly to tighten policy.

The result of this policy is the high valuations we see today. Hussman points to his favoured measure of market health: total market cap to total revenues, indicating extreme valuations. Further to that, he indicates that the S&P 500 will have to drop by 70% to reach normal valuations.

Ray Dalio at Bridgewater Associates is similarly bearish about U.S. equities. His top three holdings are emerging market ETFs, suggesting a pivot away from the American market.

Wall Street guru Warren Buffett doesn’t seem too fazed by recent market problems. His advice is to concentrate on the long-term. However, he has been selling more than buying. Some people feel that could indicate that he sees a market crash brewing. Alternatively, he might be freeing up some capital for something else.

Of course, inflation and high valuations aren’t the only things that could affect stock prices throughout 2022. In fact, there are plenty of events that could hit the market.

New COVID-19 variants are contributing to an uncertain landscape. Economies are showing resilience and recovering, but new strains could cause issues.

Politics could also throw a spanner in the works this year. For starters, the stopgap funding bill agreed in December only applies until February 13th. The ideological differences between the parties could make another government shutdown possible.

Additionally, with midterm elections due in November, majorities for either party could hurt the market. If the Democrats strengthen their hand, corporation taxes could increase. However, if Republicans win more seats, it could kill Biden’s Build Back Better program.

Finally, this could all come down to history repeating itself. In the last eight bear markets since the 1960s, the road to recovery has featured a 10% market correction three years after the bottom. We haven’t hit that point in the 22 months since the pandemic crash, but it could be around the corner.

2 comments on Alpesh Patel on US investing: Latest Smart Money Thinking on a Stock Market Crash 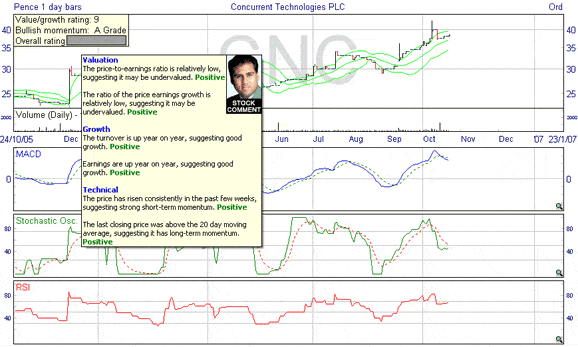