Screening For My Next Long-Term Winner: Manolete Partners 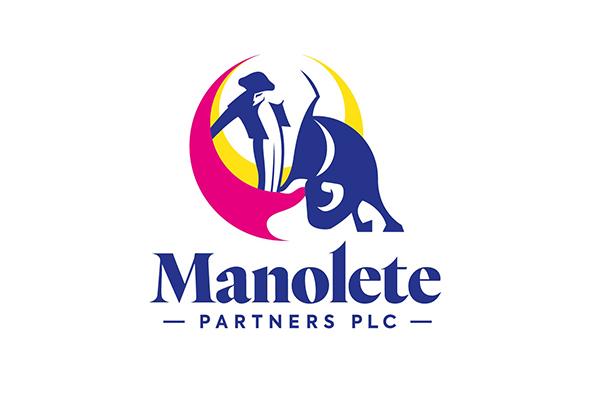 I am always looking for ‘multi-baggers’ — investments that can double, triple, quadruple or more.

And here’s some very good news: I have stumbled on a company that can find them for me.

Not just the occasional five-bagger or ten-bagger mind, but 20-baggers.

It’s incredible stuff, especially as the track record of success extends for many years and the gains are typically realised within twelve months.

The company behind these multi-baggers is Manolete Partners, which I discovered by employing a very straightforward SharePad screen.

I simply looked for companies that had recently lifted their dividend and may therefore boast ‘pandemic-proof’ qualities:

To identify shares recently declaring a dividend, I added a column in my list view and selected Company —> Dates —> Div. declare date —> Previous: 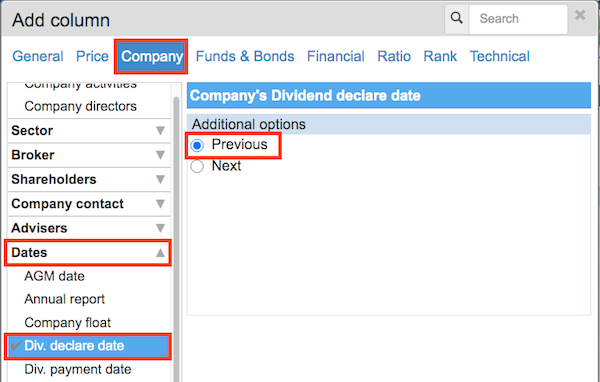 I also added columns to show the trailing twelve-month and last full-year dividends, which gave me some idea as to which direction the payout was heading.

I sorted the results in dividend-declaration-date order, and then skimmed through the latest news for each company for further details on progress and the payout.

Manolete caught my eye because its recent results showed revenue up 153%, profit after tax up 49% and the dividend up 134%: 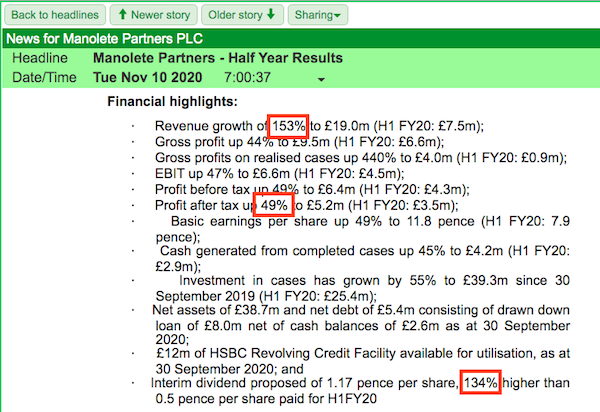 Such progress suggested the business had not been too troubled by Covid-19. 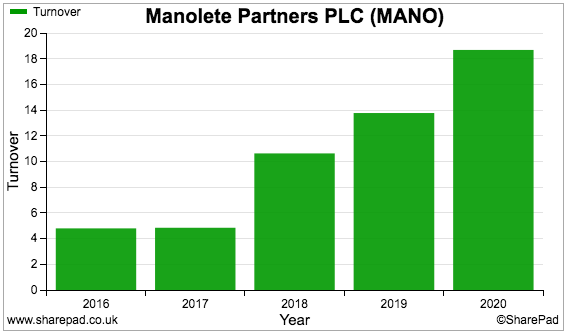 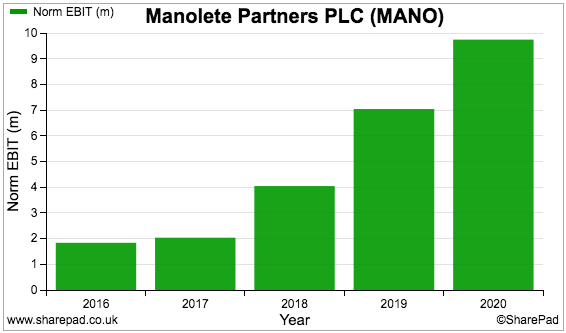 …and the dividend more than doubling last year: 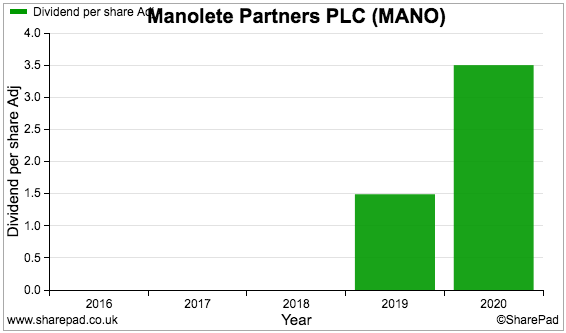 The short financial history within SharePad reflects Manolete’s short quoted history. The business floated during late 2018, and the share price has since rallied from 175p to 305p to support a £133m market cap: 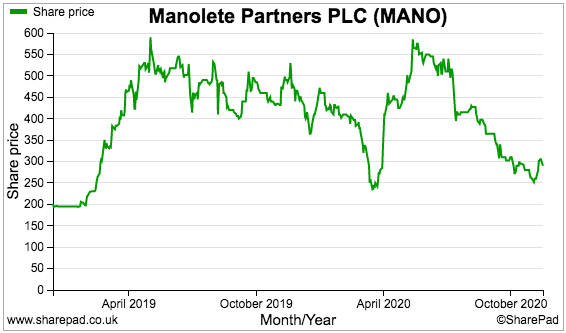 Let’s take a closer look at the company and its multi-bagger investments.

Manolete Partners was established during 2009 and is now the “UK’s leading insolvency litigation financing company”.

‘Insolvency litigation financing’ is the practice of funding legal claims against parties suspected of acting improperly ahead of a corporate insolvency or personal bankruptcy.

Defendants are often former directors, who are believed to have acted negligently, breached contracts or declared illegal dividends before their company went under. However, defendants can also include customers who failed to pay for services as well as suppliers who provided faulty goods.

Manolete works alongside insolvency practitioners, who have a statutory duty to maximise returns for creditors. The group takes a proportion of any proceeds from a successful claim in return for paying the initial legal bills.

Manolete’s case studies below spotlight the incredible multi-bagger returns that can be made from insolvency investments: 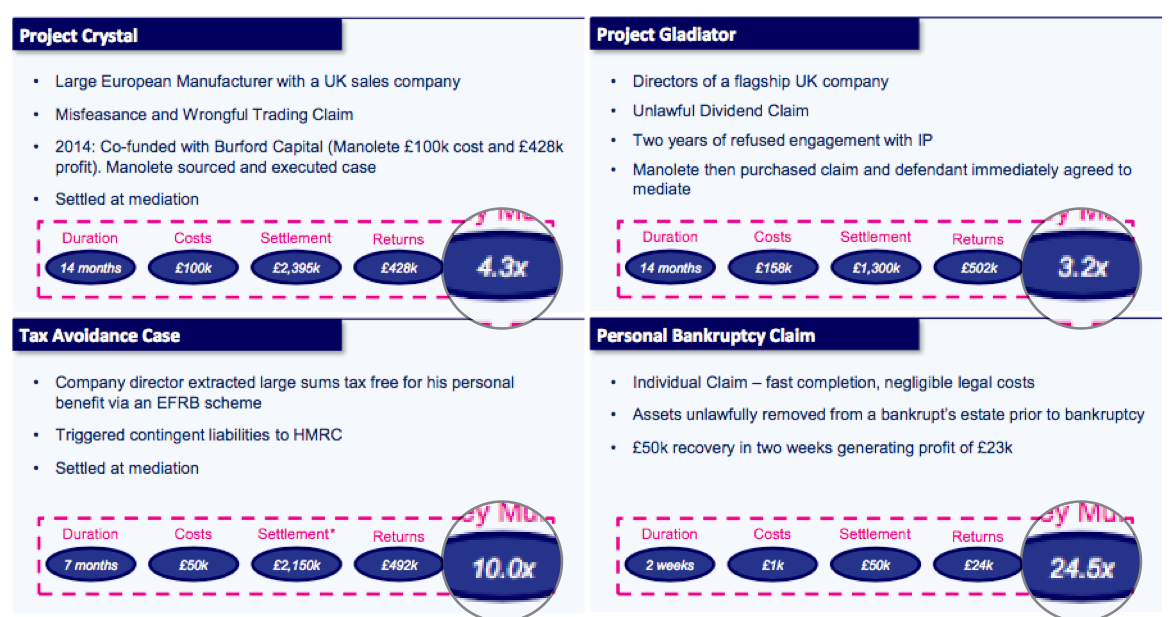 You may have to squint, but this table from Manolete’s latest presentation summarises the group’s overall investment performance since 2010:

During the last 11 years, Manolete has invested £10 million in now-completed insolvency claims from which an £18 million gain — or 177% return on investment — was generated.

The presentation table also states the average claim takes only eleven months to complete (usually through a settlement but sometimes following a court verdict) — meaning the average 177% gains are achieved in reasonably quick timescales. 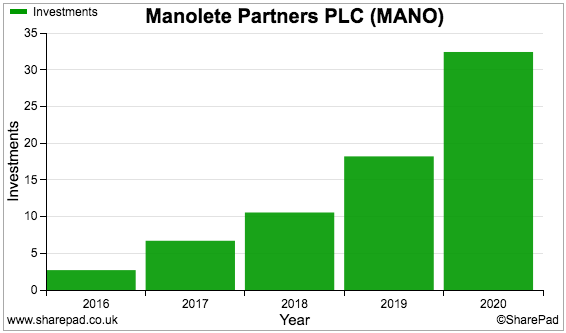 I must add that Manolete identified its multi-baggers last year by employing only 19 people with a total wage bill of less than £3 million. The group’s investment performance and wage bill ought to put every City fund manager to shame.

My spreadsheet chart below outlines how the value of Manolete’s investments have advanced more than ten-fold: 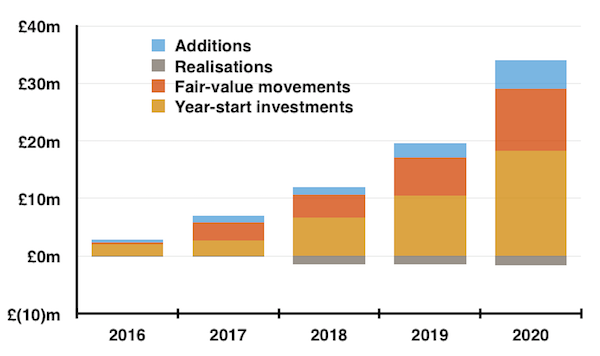 Adding £10 million to enjoy a net £20 million return is terrific — and is not beyond the realms of possibility given the aforementioned 177% investment gain shown within that earlier table.

Note that Manotele also recycles proceeds from its claims into new cases, thereby compounding its gains and boosting its returns further.

Anyway, Manolete’s returns are incredible — and further analysis of the books leads to other remarkable conclusions about the group’s investing ability.

Let’s start by returning to that presentation table, which shows ‘open case investments’ of £5 million:

Open cases are those claims that have yet to be formally resolved and therefore remain on the balance sheet as an investment.

Remarkable conclusion #1: The investments of £30m-plus on the balance sheet had an initial cost of just £5 million.

But how can a £5 million initial investment now be valued at more than £30 million?

Say hello to fair-value accounting, which allows Manolete to register investment gains (and losses) onto the balance sheet before a case is formally resolved.

The relevant accounting small-print is shown below, which refers to “positive material progression” and “the directors’ opinion”:

Before every set of results, the directors use their skill and judgement to predict what the investments might really be worth. The relevant accounting is demonstrated within the notes of the recent half-year figures.

…while this note shows fair-value adjustments of £8 million were recorded during same six months on those new cases:

Valuing a £3 million investment at £11 million within six months is certainly ambitious — and explains how those open-case investments of £5 million are now carried on the balance sheet at more £30 million.

(Just so you know, I have contacted Manolete’s finance director and he did not dispute my interpretation of these numbers.)

No doubt you are thinking Manolete’s investing returns are far too good to be true and something is not quite right with the books. And to be quite honest, I do not blame you.

But a statement the other week revealed significant investment gains — this time a 23-bagger — continue to be enjoyed:

“Further to the interim results announcement of 10th November, Manolete has now completed on a further important case today realising £2.8m net cash proceeds, in line with book value and at a money multiple of 23 times the total investment costs of £120k.”

If an initial £120k investment is now worth £2.8 million, then perhaps that earlier £5 million is indeed worth more than £30 million on the balance sheet.

Note also the “in line with book value” phrase in the text above, which importantly confirms the directors’ fair-value estimate of the eventual proceeds was accurate.

As you may already have gathered, a notable drawback to Manolete is the extra brainpower needed to understand the accounts.

In particular, Manolete’s fair-value accounting significantly affects the income statement, with the movements booked as revenue and therefore profit. 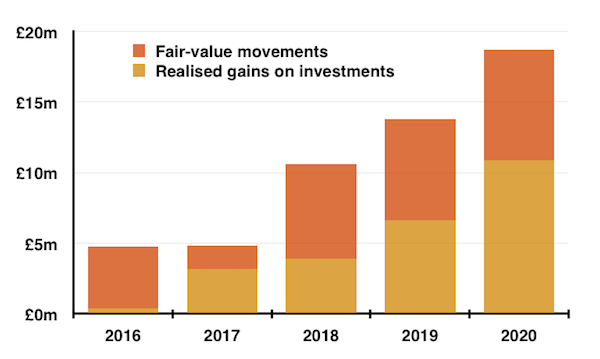 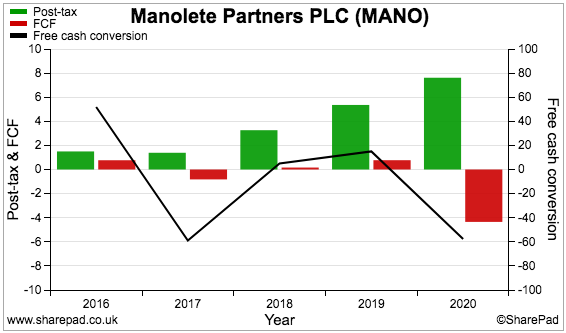 True, proceeds from resolved cases are reinvested into new cases, which will always keep a lid on free cash flow.

But another consideration is the time Manolete takes to collect the proceeds following a settlement or court verdict.

An extreme example was described within the recent interim results. A “significant” case was settled and in turn generated revenue of £9.3m and a profit of £2.8m.

However, the associated cash payments to Manolete occur throughout the next ten years:

Manolete describes this payment plan as “highly unusual”, but the timescale does underline that winning an insolvency case is one thing, while collecting the proceeds might well be another.

(How can Manolete book a profit today despite collecting the associated cash over ten years? Manolete treats its investments as financial instruments, the discounted value of which can be recorded in the accounts under IFRS 9. In contrast, profit from a ten-year contract selling, say, software, would be recognised over the ten years under the more usual IFRS 15 revenue standard. Suffice to say, prospective Manolete shareholders need to be comfortable with the group’s IFRS 9 accounting).

Also note that this “significant” case represented almost half of the entire income statement within those latest interim results.

Such a large single contribution highlights Manolete’s dependence on the outcome of a handful of investments.

For some perspective, the annual report small-print revealed 174 ongoing cases, of which 29 (17%) represented investments totalling £24.5m (75% of the total investment portfolio).

Broker forecasts are very positive and suggest further multi-bagger investments will be realised during the next few years:

That said, the projections for 2021 look odd to me — they imply the second-half will witness revenue of £5 million and a profit of £7 million. I can’t quite reconcile the circumstances that would lead to a profit in excess of revenue.

Despite my original assumption that Manolete’s results had signalled ‘pandemic-proof qualities’, management has owned up to a Covid slowdown:

“The level of Government support in response to the Covid-19 pandemic has resulted in a short-term sharp reduction in the number of corporate insolvencies and bankruptcies. While we anticipate this trend will reverse in the medium term, the Board will continue to closely monitor the evolving situation and the impact on anticipated levels of litigation finance enquiries in and beyond the near term.”

However, any sector stagnation should not really affect the inherent valuation of the cases currently underway.

Even then net assets will advance to only 162p per share, which is still a long way below the recent 305p share price. I guess the market expects those multi-bagger investments to continue well beyond the 2023 forecasts.

(I would be extremely reluctant to assess Manolete using a traditional P/E measure. An earnings-based valuation for this type of investment company would be akin to valuing your share portfolio by a multiple of your annual gains rather than its actual market value.)

Nonetheless, delivering incredible multi-bagger returns on a regular basis is an extremely attractive proposition — so a premium valuation is to be expected.

But I must remember the current £133 million market cap is supported by net assets the directors reckon are worth less than £40 million that essentially cost just £5 million just a few years ago.

While the idea of having other people find multi-bagger investments for me is great, nobody ever said getting involved was going to be cheap.

Disclosure: Maynard does not own shares in Manolete Partners.