Screening For My Next Long-Term Winner: Character 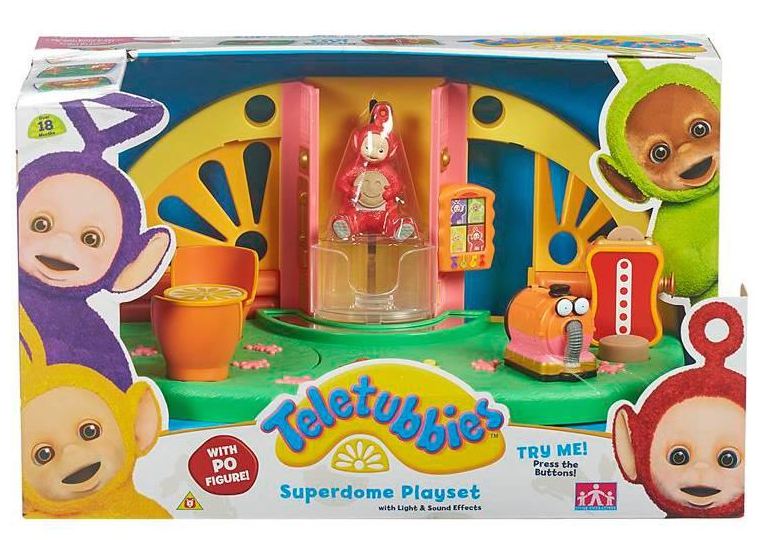 My SharePad screening for buying opportunities has short-listed Character (LSE: CCT) as a possible longer-term investment.

The attraction here is a quite extraordinary story about buybacks.

You see, since 2006, this small-cap has bought back shares every year to reduce its overall share count by a huge 60%.

What’s more, the purchases have been an exemplary use of surplus cash. The average price paid was 143p, and the shares currently trade above 500p.

Needless to say, I now ask myself whether further significant buybacks at Character should prompt us to invest, too.

So, let me explain how SharePad unearthed Character’s remarkable story, and provide you with lots of other information you may find helpful.

Let’s start with the basic theory of buybacks.

A company spends excess cash on purchasing its own shares and, in turn, earnings per share — and therefore the share price — should benefit over time from the reduced share count.

Alas, the buyback reality is not so clear-cut.

The trouble is, many companies acquire their own shares through ongoing buyback programmes — which seemingly pay little attention to the actual price paid.

As such, investors often face questionable buybacks. BP for instance has spent more than $60bn buying its owns shares during the last 20 years, and its share price has gained only 50% during those two decades.

So, for buybacks to really make sense, the share price has to offer value. And as we will see with Character, if the company makes intelligent buybacks and performs well, then the share price can produce significant gains.

Anyway, SharePad can quickly tell us which companies have acquired sizeable chunks of their own stock. (SharePad’s vast database contains year-end share counts and sums spent on buybacks for every quoted business.)

The 51 names included these class acts

I have used SharePad to trawl the London market for companies with a decent buyback habit.

My first filter was to ensure the latest share count was less than the share count from ten years ago.

And to limit my search to outfits of a reasonable quality, I demanded each company offer a return on equity of more than 15% and a forecast dividend yield of more than zero:

SharePad returned 51 names, and I was encouraged to see class acts such as CLS, Rightmove, Next and JD Wetherspoon within the shortlist.

A downloadable history of Character’s buybacks

Within the Income tab, SharePad displays the year-end number of shares:

And within the Cash tab, the amounts spent on buybacks is shown:

SharePad allows us to easily create our own custom charts. So below I have mixed the share-count numbers with the buyback sums: 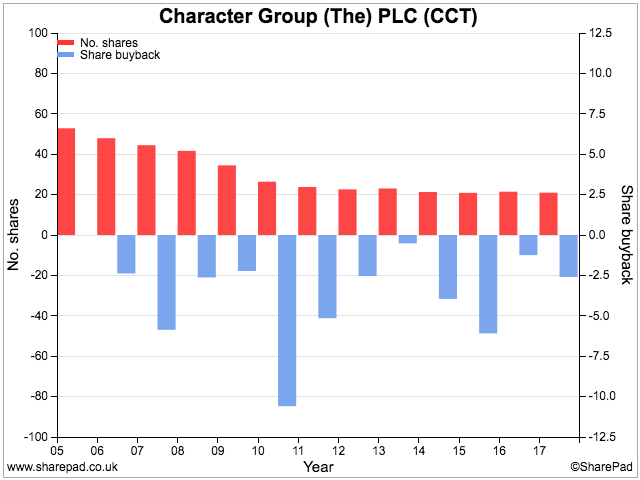 Meanwhile, the blue bars show the money spent on buybacks (right axis) every year since 2006.

Another great SharePad feature is the ability to download a company’s accounts into a desktop spreadsheet. I simply selected ‘Export data’ from the Sharing tab…

…and I then deduced Character had bought back some 31.9 million shares for a total of £45.7m — equivalent to a 143p average:

17% of the company was bought for just 30p a share

Let’s look further into Character. This next chart shows the group’s operating profit: 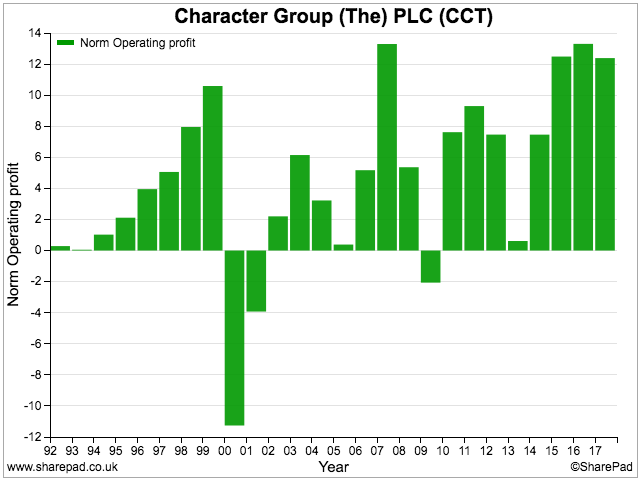 I must confess, Character’s financial progress is not the most consistent I have ever seen. The somewhat haphazard performance is no doubt due to the firm’s line of business: it designs and manufactures children’s toys:

I should make clear that Character does not own the intellectual rights to Peppa Pig, Teletubbies, and so on, but instead pays licence fees to their owners to manufacture the products. The group does own some in-house brands, but I can’t say they are well known.

Anyway, now look at the earnings per share (EPS) chart: 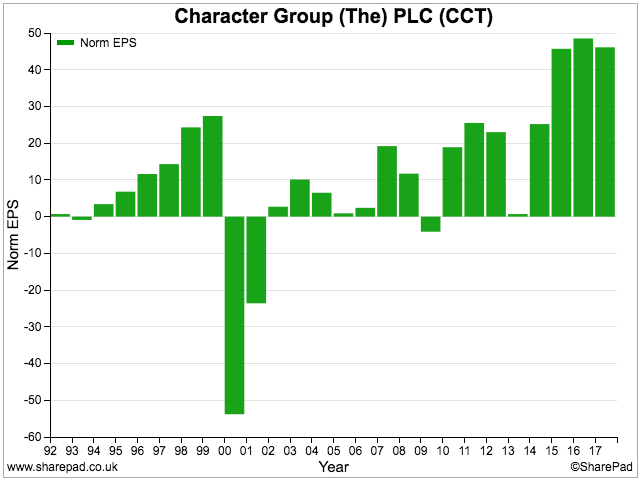 True, EPS has been up and down.

But unlike Character’s operating profit within the earlier chart, the recent EPS highs are much higher than the highs of 1999 and 2007.

Such per share ‘outperformance’ is due to Character’s buybacks.

I am sure the buybacks have bolstered Character’s dividend per share, too: 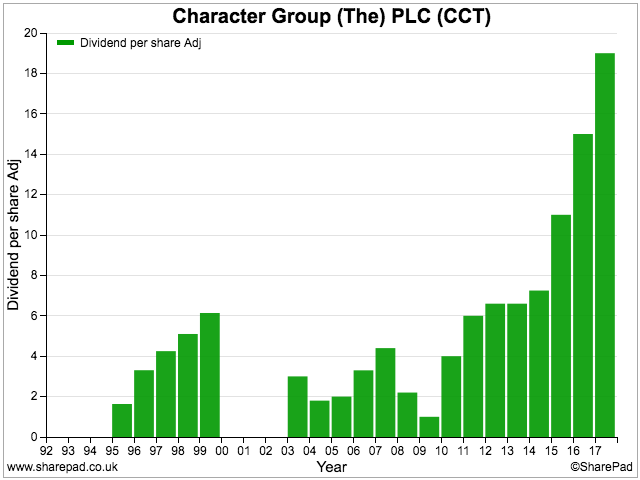 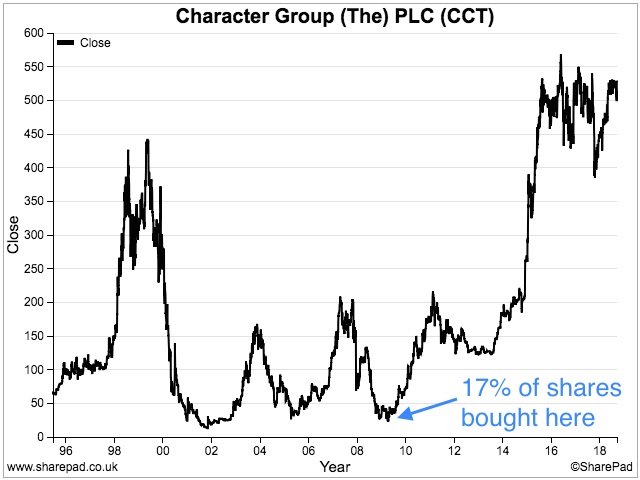 A transaction that must surely rank among the market’s best-ever buybacks occurred during 2009, when Character acquired 7 million shares (then 17% of the share count) from an institution for 30p a share.

Just so you know, Character’s latest buyback occurred during January at 455p.

Who sold how many and for what price

I guess it is no coincidence that the impressive buybacks have been orchestrated by directors who own plenty of shares themselves.

The eight board members listed own a collective 20% of the business — an aggregate stake worth approximately £22m.

But I note the directors have been selling their shares over time. This SharePad chart highlights large disposals during 2015:

And scanning the list of transactions shows exactly who sold how many and for what price:

A quick check of Character’s 2017 annual report reveals this paragraph:

So, it appears the directors have sold some of their own shares back to the company.

Such ‘related-party’ transactions are never ideal, because you never really know if the directors are putting their personal interests ahead of the interests of the company.

However, in this case the directors have generally been wrong to sell to the buyback programme … at least to date.

Perhaps the directors genuinely care for the business and its shareholders. I mean, the lead executives all helped establish the firm back in 1991 and have run the show ever since. In addition, the non-exec chairman is a company founder and a former chief exec.

Mind you, the executives do not appear underpaid.

The 2017 annual report reveals the following about director bonuses (my bold):

“Each of the executive directors is also entitled under the terms of his service contract to a bonus in the event that specified performance targets are met or exceeded. These targets are based on certain profit levels being achieved in each financial year of the Group, adjusted to exclude certain exceptional non-trading items.

Messrs Diver, Shah and Kissane are also entitled to a further bonus of 4%, 2% and 1% respectively of the consolidated, pre-tax profits of the Group in the event that a specified minimum target is met or exceeded.”

Taking 7% of pre-tax profits every year (assuming a target is met) seems very generous to me.

Just so you know, the board took home almost £4m last year:

The spreadsheet shows plenty of spare cash to spend on buybacks

Remember that desktop spreadsheet I downloaded earlier? It can also be used to double-check Character’s accounts.

For example, within the cash flow sheet, I have created two extra columns on the right. These columns total up the last five and ten years for each item: 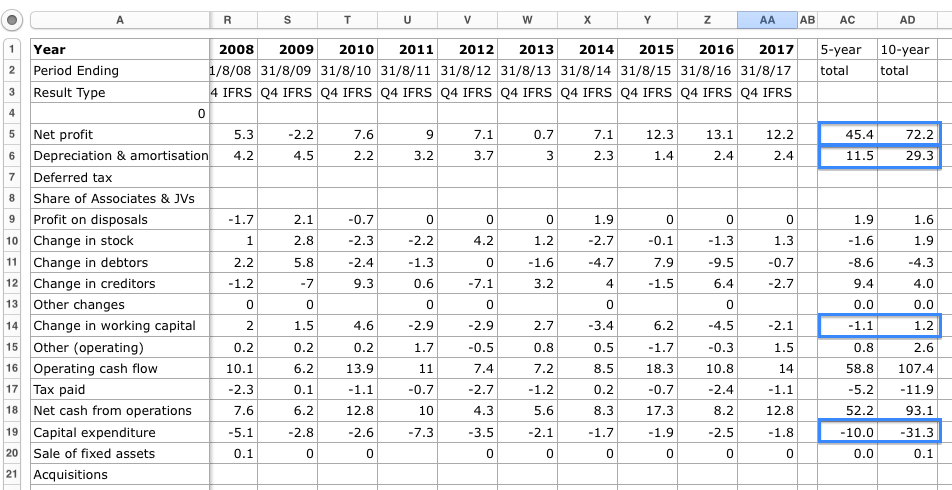 My extra columns do not indicate any cash flow shenanigans.

In particular, I can quickly see the five- and ten-year ‘change in working capital’ totals are both negligible compared to the aggregate net profit reported during the same periods.

Furthermore, the five- and ten-year figures for depreciation and amortisation are both close to the comparable capital expenditure sums.

As such, I get the impression Character converts nearly all of its accounting profit into cash — which is perhaps why the firm has enjoyed plenty of money to spend on buybacks.

I also note the ‘Acquisitions’ line is empty — telling me Character’s growth has been entirely organic. 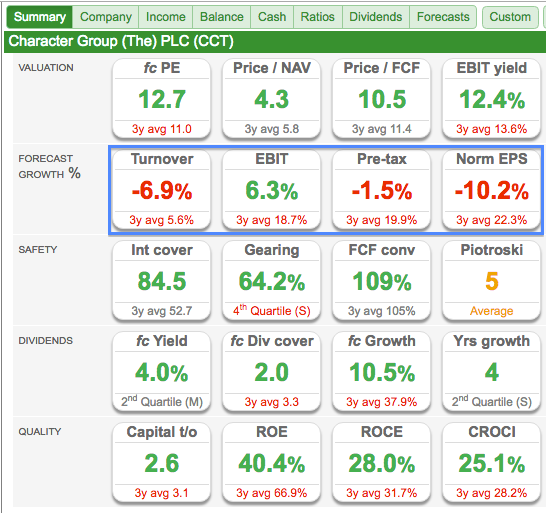 The mixed projections for the current year are perhaps the only immediate concern. SharePad gives these details: 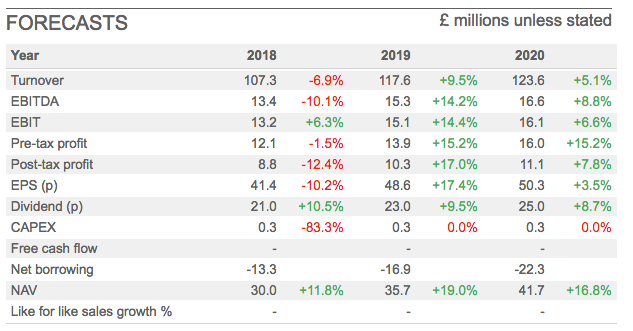 Character’s recent progress does not seem too bad to me.

True, first-half results issued during April showed profits down by a third. However, the setback was due mostly to adverse currency movements and the collapse of Toys R Us. Meanwhile, underlying trading appeared resilient.

An update last month then suggested recent trading had been positive:

“As anticipated at the time of our interim results in April 2018, the Group has witnessed a return to its previous growth pattern during the second half. With Character’s UK domestic business delivering record sales, the trading results for the financial year ended 31 August 2018 will comfortably reach market expectations.”

SharePad shows the shares offering a forecast P/E of approximately 10 and a possible yield of at least 4%: 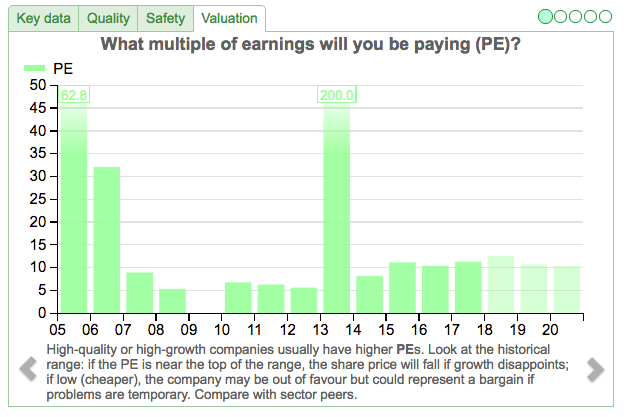 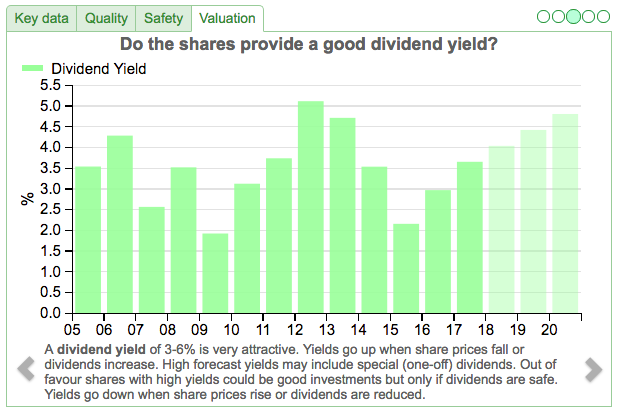 Screening on SharePad can often bring up fascinating candidates for your portfolio.

Certainly, I have never really considered Character before. I guess the firm’s track record — exhibiting occasional losses and missing dividends — underlines my feeling that toys are a difficult sector to enjoy predictable returns.

And yet, you can’t really argue with management’s buyback decisions. The share count has reduced significantly and converted the stronger trading of the last few years into much higher EPS. The share price has boomed accordingly.

As I say, I now ask myself whether further significant buybacks at Character should prompt us to invest, too. I guess each of us can only make that decision for ourselves. As mentioned earlier, the last share buyback was performed in January at 455p.

Disclosure: Maynard does not own shares in Character.